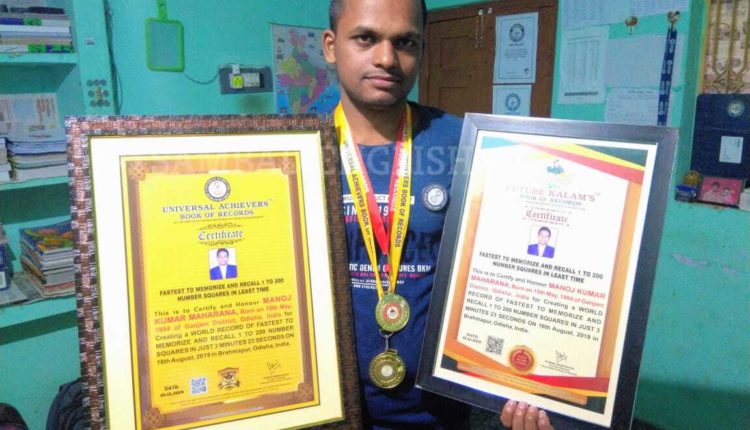 With an aim to achieve the feat Manoj did the quick calculations at a private educational institution in Anantanagar of Berhampur on August 16 this year and had sent the video recording of his utterances to Universal Book of Records and Asia Book of Records.

The two institutions on December 8 provided certificates to Manoj for achieving the record. 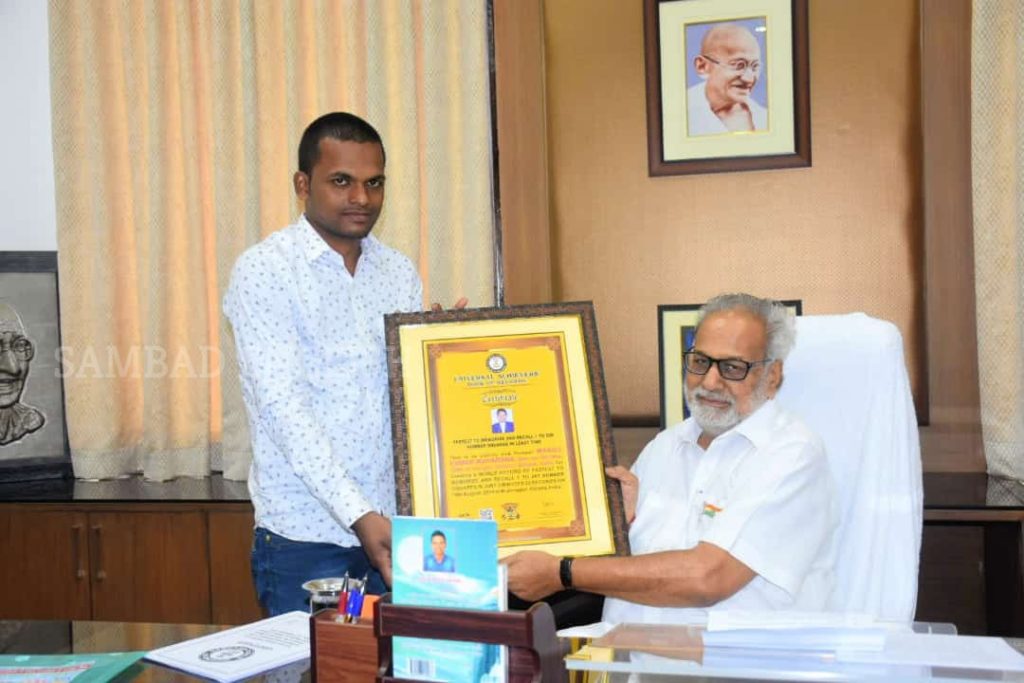 After passing out his post graduation in Mathematics from Berhampur University, Manoj is preparing for competitive exams. In 2017, he got his name registered in Guinness Book of Records for holding 459 straws in his mouth. He also set a world record for rotating a tooth picker 360 degree for 36 times in his mouth.