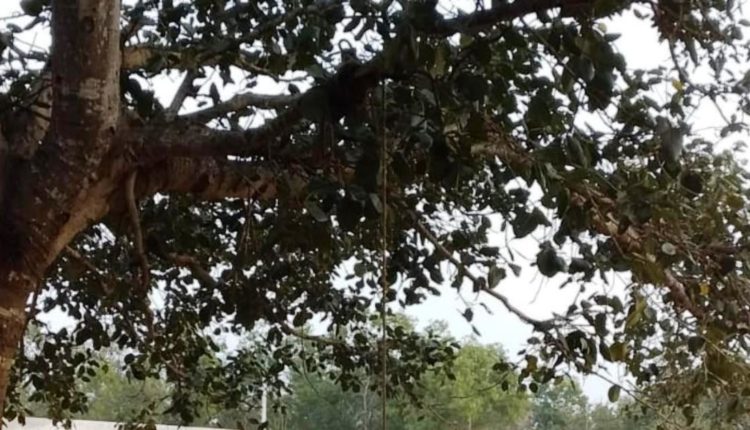 Khordha: A youth was found hanging from a tree located near the KBDAV College campus at Nirakarpur here in the district this morning.

The deceased was identified as Chittaranjan Baliyarsingh (26), son of Kalia Baliyarsingh, a resident of Nanapadasahi in Khordha district.

The locals spotted the body hanging from a banyan tree adjacent to the KBDAV College playground in the morning following which they informed the police.

The Nirakarpur police reached the spot at around 7.00 am and recovered the body.

The body will be sent for autopsy.

Police also recovered an empty liquor bottle and a motorcycle owned by the deceased youth from the spot.

However, the family suspected it a ‘murder’.