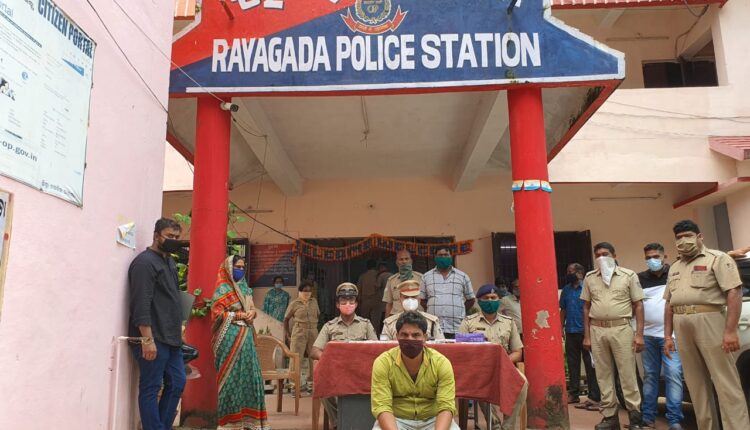 Rayagada: A youth was arrested today for allegedly duping a person of Rs 2.87 lakh by swapping ATM cards in Odisha’s Rayagada district.

As per a police official, one Sudhir Kumar Sarangi of Saipriya Nagar in Rayagada town went to a nearby SBI ATM to withdraw money on September 22. Finding Sudhir struggling with the process for withdrawal of money from ATM machine, one youth standing outside the ATM kiosk went inside and rendered his help for the withdrawal.

Without suspecting any foul play, Sudhir allowed the youth to be inside the ATM kiosk while withdrawing cash. When Sudhir was busy with the withdrawal, the other youth remembered the password and swapped the ATM card.

After returning home, Sudhir got message on his mobile phone about withdrawal of Rs 2,87,331 from his bank account.

Sudhir lodged a police complaint at the Rayagada Police Station about the defrauding on the same day. The police launched a probe and examined the footage of CCTV installed at the ATM kiosk.
The police then arrested the accused, Sunil Umadala of Kusha village in Seshakala area following raids at various places,.

During questioning, the accused accepted his involvement in swapping ATM cards and defrauding Sudhir. Also, the accused returned Rs 2,36,300 cash and two gold rings that he purchased with a portion of the defrauded amount, the police official added.

Vaccines developed abroad will be checked for safety: Harsh Vardhan