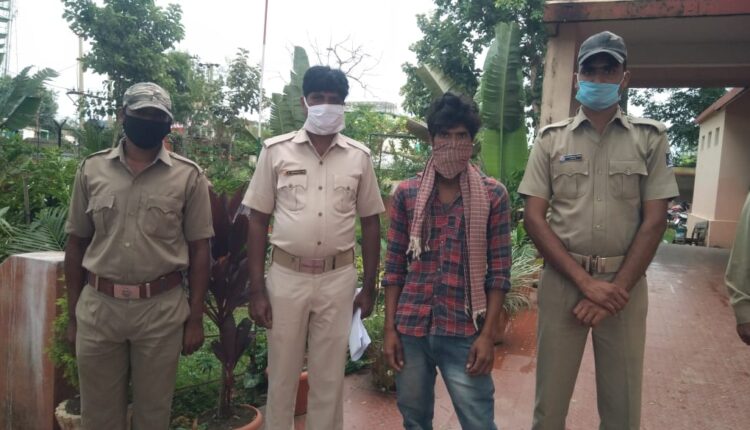 Jharigaon: A youth hacked his brother-in-law to death in Jharigaon area of Nabarangpur district suspecting him in love affair with his wife.

The accused, identified as Dambaru Gouda (20) from Hatibari village under Jharigaon police limits married to a 14-year-old from the same village last year. A few months after the marriage, Dambaru suspected his wife having extra-marital affairs. On several occasions the couple fought and the matter was discussed in village meetings.

When after few hours Dambaru’s wife did not return home, Dambaru suspected his brother-in-law, Ratan Gouda (30) keeping her at an unknown place.

Dambaru went to a nullah, some 200 meters away from the village to take bath. In the meantime, Ratan was also present near the nullah and busy in capturing birds. Finding Ratan unaware and alone near the nullah, Dambaru axed him to death on the spot.

The accused then surrendered before the police last night.

After registering a case, the local police are investigating the matter.