Odisha youth loses vision after being thrashed by cops 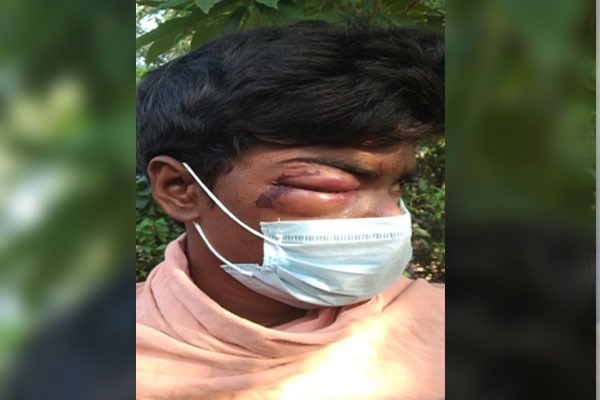 Baripada: In a yet another instance of police excesses, a youth  lost vision in one eye after allegedly being beaten up by a Constable for not wearing helmet in Baripada of Mayurbhanj district.

As per reports, Sipu Das of Ward-25  in Baripada Municipality was sick yesterday and rushed to Station Bazaar to get medicines without wearing helmet. On his way back, police personnel who were deployed for vehicle checking intercepted him near Palbani by-pass.  When he was about to park his motorcycle, a Constable of Reserve Police started hitting Sipu with a lathi. Later, the motorcyclist got hit in her right eye with the stick that led to severe bleeding in his eye.  Seeing the injury, the cops released him from the spot.

After reaching his house when his eye swelled and the pain worsened , Sipu’s family admitted him to PRM Medical College and Hospital here for treatment. Reportedly, the pupil of his right eye has been damaged.

After the news surfaced, district Smit P Parmar took up the matter seriously and has assured to take stringent action against the guilty.

Be very aware of consequences if Section 230 is tweaked: Pichai