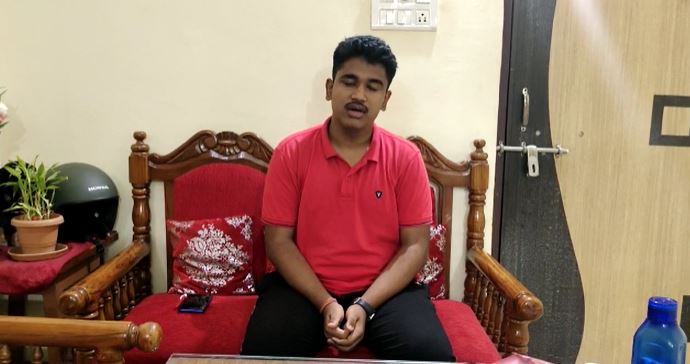 Jajpur/Bhubaneswar: Anmol Sai from Binjharpur block in Jajpur district has brought laurels for Odisha by securing rank no.1 in the Common Law Admission Test (CLAT) 2022 in four States including his home State.

Anmol Sai, who hails from Arei Barampur village under Binjharpur block, has secured rank no.1 in CLAT 2022 in Odisha, Chhattisgarh, Jharkhand and Bihar States. His all-India rank in the entrance test is 39.

Anmol Sai, son of Rajeev Mohanty and Mamata Samal, has an aim to become a Corporate Lawyer. He gives credit to his parents, family members and teachers for his success.

In a tweet, Odisha chief minister Naveen Patnaik congratulated Anmol Sai for the achievement and wishes him a bright future.