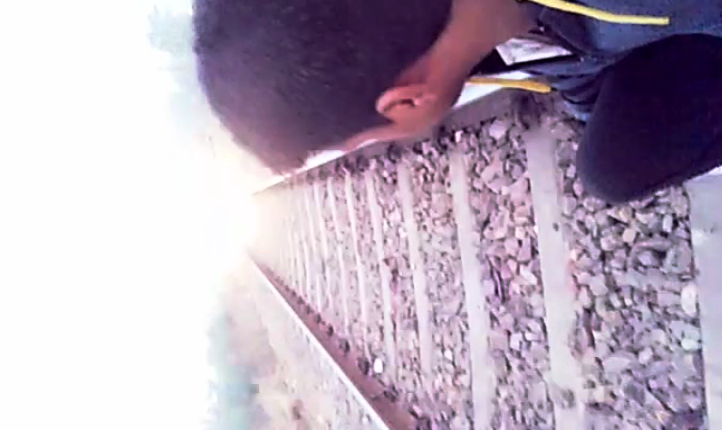 Cuttack: Betrayal in love took an ugly turn after a youth committed suicide by jumping in front of a moving train at Taladanda here today. What is more heart-wrenching is that the youth recorded a video with his mobile phone citing the reason of his suicide hours before taking the extreme step.

The deceased has been identified as Manoj Swain, a resident of Rausa Patna here.

In the video that in possession with Sambad English, Manoj  mentions that he took the extreme step due to failure. He was in love with a girl for over three years. However, she allegedly fell in love with another youth in December last year and her marriage has also been fixed with him.

“When i called her today, she asked him to forget her as she is soon going to marry her boyfriend, who is of same caste. She told me that she does not know me and asked me to get out of her life. That is why i am going to end my life. I request everyone not love anyone so heartly,” the youth narrates in the video.

On receiving information about the suicide, GRP personnel reached the spot and sent the body for post-mortem.  The officials also seized a handwritten note from the spot.