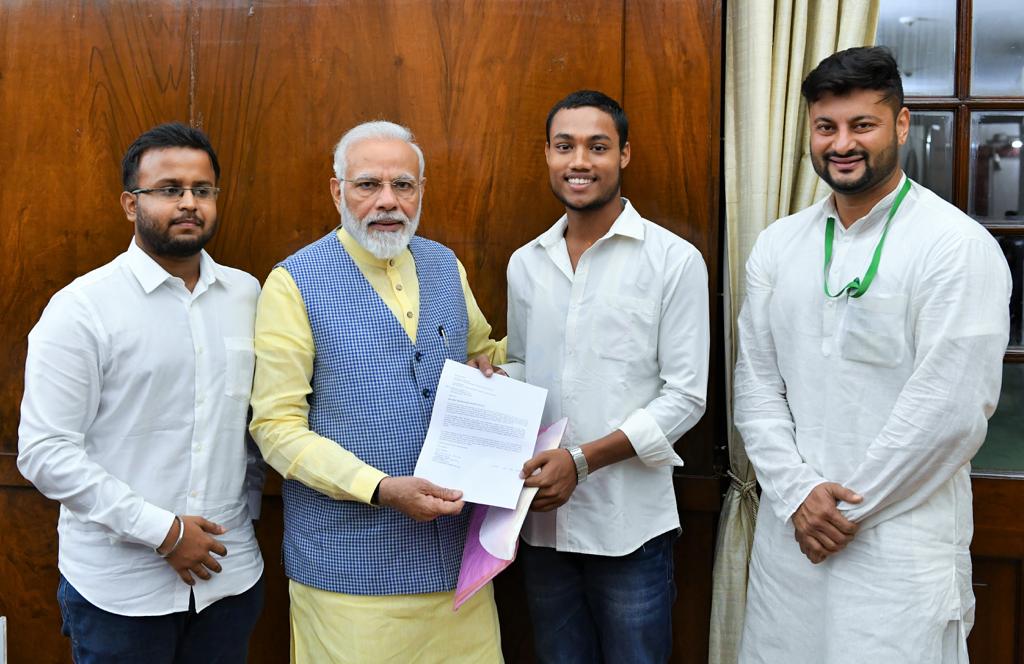 Krishnakant Sarangi, an engineering student, and Subhrajit Barik, a zoology student, were accompanied by Kendrapara MP Anubhav Mohanty during their meeting with the PM.

The two had reached the national capital on bicycles and expressed wish to meet President Ram Nath Kovind and Prime Minister Narendra Modi over Mahanadi river water dispute and plight of Odisha farmers who are suffering due to the construction of barrages on the river in Chhattisgarh. The construction is affecting the inflow of river water in Odisha, thereby affecting many farmers.

Modi assured them of a quick resolution of Mahanadi issue and praised them for cycling from Odisha to submit their plea.

Delighted to accompany my #Kendrapara boys, Krishnakant Sarangi & Subhrajit Barik, to meet Hon’ble PM Shri @narendramodi ji. He assured them of a quick resolution of Mahanadi issue, praised them for cycling from Odisha to submit their plea & thanked them for reposing faith in him pic.twitter.com/8kVhKlp988