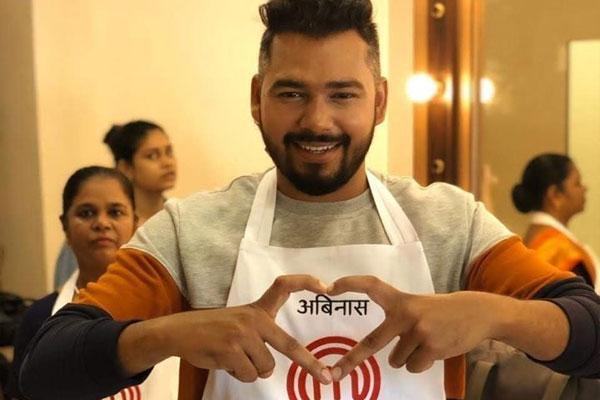 Mumbai: Abinas Nayak from Odisha has added another feather to the state’s glory by winning MasterChef India season 6 aired on Star Plus.

Media reports said that the 20-episode series of the Indian cooking-cum-reality show have concluded and the grand finale of 6th season of the MasterChef India has been recently shot in Mumbai in which 27-year old Abinas competed with 35-year old Oindrila Bala.

According to a local media ‘Mumbai Live’, Abinas was announced as the winner of culinary show and awarded a cash prize of Rs 25 lakh.

The media said that the winners of the previous seasons of MasterChef India and celebrities like Ripu Daman Handa, Varun Sharma and others were present as guests in the grand finale, which will be aired on March 1.

Abinas is the first Odia to have participated in the MasterChef India season 6. Hailing from Aska in Ganjam district of Odisha, he completed his schooling and B.Tech from Bhubaneswar. Currently, he is working with Infosys in Hyderabad as the Senior Systems Engineer.

However, the techie now turns a wonderful cook after taking part in MasterChef India show.

Earlier, Abinas had showcased his culinary skills in several cooking contests. He was selected to MasterChef India, country’s most popular reality show on television, through a Skype interview.  He  left the the judges Vikas Khanna, Ranveer Brar, and Vineet Bhatia spellbound with his dish ‘Chicken Besara’ in the audition round of MasterChef India, season-6. After winning eight tasks, he was finally announced the ‘MasterChef’ in the final episode.

Disclaimer: There is no official confirmation from the makers of the show yet.