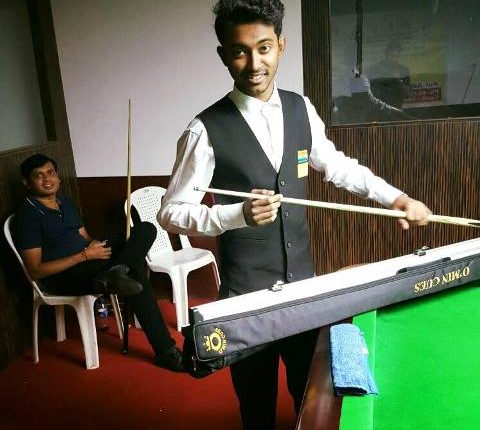 Describing it as the biggest win of his career, Padhy said Pankaj Advani is his idol and the achievement is unbelievable for him.

Padhy also stormed into the pre-quarterfinals of the championship with the win. Wishes have started pouring in for him after the feat.

Born on November 5, 1996, Ashutosh, son of former Odisha minister Surama Padhy, is currently pursuing a law degree in Mumbai and he trains under Sanjay Sawant.

Worth mentioning, he is the fourth player to achieve hat-trick in a national championship, after Geet Sethi, Pankaj Advani and Dhvaj Haria.

Meanwhile CM Naveen Patnaik has congratulated Ashutosh over the win.

“Congratulations Ashutosh Padhy. You have created history for Odisha by defeating reigning champion & 18-time world champion Pankaj Advani in the Senior National Snooker Championship at Bangalore. Odisha is proud of your exemplary feat. Wish you all the best for the tournament,” Patnaik tweeted.