ODISHA LATESTSPORTS
By Sambad English Bureau On May 1, 2019 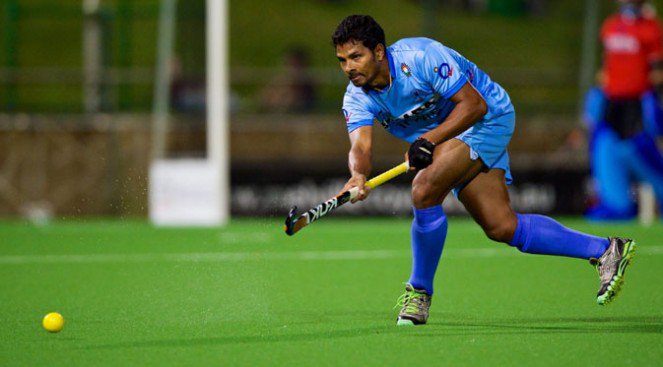 Bhubaneswar: Defender Birendra Lakra is the lone hockey player from Odisha found the place in Indian Men’s Hockey Team for upcoming Australia tour beginning on May 10 in Perth.

Chief Minister Naveen Patnaik congratulated him on his selection in the 18-member Indian hockey squad for the international hockey clash.

Congratulate ace hockey player from #Odisha, Birendra Lakra for his selection in the 18-member Indian Men’s Hockey Team for Australia Tour to be played in Perth from 10th May. Best wishes to the team.#OdishaForSports

Congratulate ace hockey player from #Odisha, Birendra Lakra for his selection in the 18-member Indian Men’s Hockey Team for Australia Tour to be played in Perth from 10th May. Best wishes to the team.

Hockey India on Tuesday announced the 18-member India team for Australia event. The Indian team under newly appointed the Chief Coach Graham Reid, will be Captained by Manpreet Singh and Vice-Captained by Surender Kumar.

India began this season with a Silver Medal at the 28th Sultan Azlan Shah Cup 2019 in March where a young team with a select few seasoned players was tested against teams like Korea, Japan, Canada, Poland and Malaysia. For the Australia Tour too, India will try youngsters and test experienced players ahead of the team selection for the much-awaited FIH Men’s Hockey Series Final Bhubaneswar Odisha 2019, said Hockey India in a press release.

The Indian team will feature PR Sreejesh and Krishan B Pathak guarding the goalpost in the four-match Australia tour while experienced defender and drag-flicker Rupinder Pal Singh has been called-up after nearly eight months since he last played for India at the 18th Asian Games. He will be joined by Surender Kumar, Harmanpreet Singh, Birender Lakra, Gurinder Singh and Kothajit Singh in the backline.

Midfielders Hardik Singh, Manpreet Singh, Vivek Sagar Prasad and Nilakanta Sharma have been named in the squad along with Jalandhar-born 25-year-old midfielder Jaskaran Singh who has been given an opportunity to make his International debut in Australia. The forward-line will see Akashdeep Singh, who was rested for the season opener in Ipoh, Malaysia, return to the team along with Armaan Qureshi, Mandeep Singh, Sumit Kumar Jr. and Gursahibjit Singh.

Speaking about the importance of the tour ahead of the FIH Men’s Hockey Series Final Bhubaneswar Odisha 2019, Chief Coach Graham Reid said, “This tour will provide me with a great chance to get to know this group of players. It comprises a well-balanced mix, including some younger players, a debutant and a player coming back from long-term injury. To be able to play four matches against a world class opposition including a match against club Western Australia Thundersticks; will be a great opportunity to test our players under pressure. It provides the ideal preparation for FIH Men’s Hockey Series Final Bhubaneswar Odisha 2019 in June.”