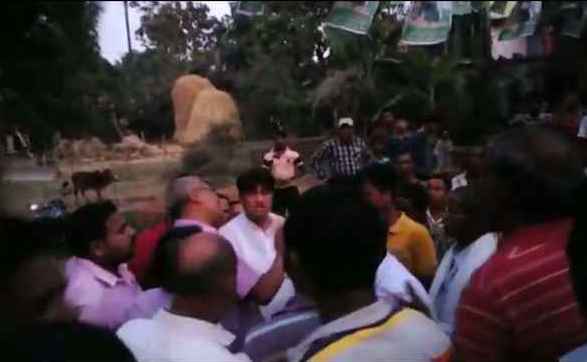 According to reports, Swain had visited Berhampur village under Anantpur panchayat in the district this afternoon.

While the campaigning for the fourth phase panchayat polls ended yesterday evening, Swain’s visit to the village raised many eyebrows among the local people leading to a commotion.

People raised questions on Swain’s visit a day before the Athagarh block goes to polls. They alleged that the senior politician had visited the village to influence the voters.

Swain had, reportedly, gone to one Hrudananda Samal’s house who is a supporter of the party. While he was coming out of Samal’s house, he faced stiff opposition from the villagers who had been demanding the village to be declared a separate panchayat.

Besides, the protesters also threw chappals on his vehicle, reports added.

Swain was unavailable for comments.

Notably, polling will be held at three Zilla Parishad zones in the block tomorrow.

Groom en route to wedding venue picked up by police in…