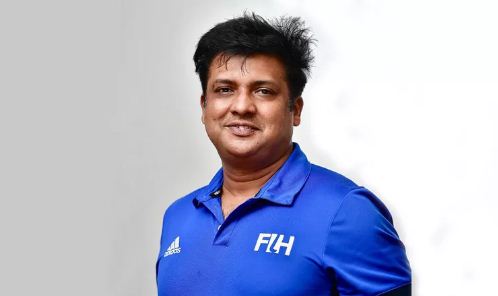 Bhubaneswar: Col (Dr.) Bibhu Kalyan Nayak, a native of Odisha’s capital city Bhubaneswar, was named as the FIH Medical Officer for the Tokyo Olympic Games 2020 for the discipline of Hockey which will be held between July 25, 2020 and August 7, 2020.

An expert in Sports Traumatology and Sports & Exercise Physiology, Nayak was also the medical officer for the prestigious Odisha Hockey Men’s World Cup held in Bhubaneswar in 2018.

Nayak became the first Indian to be appointed as a Medical Officer for the Summer Olympic Games in the discipline of Hockey. He was commissioned in the Army Medical Corps of Indian Army in 1995 and has worked in the Army Sports Institute, Pune for six years and has worked with elite athletes of the country.

“I am extremely honoured that FIH recognises my work at the Hockey World Cup last year and has again considered an Indian doctor for the role of a Medical Officer for the prestigious Olympic Games. I’m extremely honoured as I’m the only doctor from India who will be there as the medical officer for the hockey event. It was a childhood dream to be at the Olympics. It is a huge responsibility and I’m confident of doing justice to the role. It will be of great pleasure working with elite athletes from around the globe,” he said.

His first International stint as the team doctor was in 2007 when he took up the role with Indian Youth Boxing Team for a span of two years. He began working with the Indian National Hockey Team since 2009, having accompanied the team to events such as Sultan Azlan Shah Shah Cup in 2009 and 2010, XIX Commonwealth Games 2010, XVI Asian Games 2010, Men’s Hockey World Cup New Delhi 2010 and Asian Champions Trophy, Doha Qatar in 2012. He has been the Team Doctor at 2012 London Olympic Games where our Country has won maximum number of Medals i.e. six (6) in any Olympic Games till date. He was also the Chief Team Physician of Indian Contingent Rio 2016 Paralympic Games where India won a maximum of four medals in any Paralympic Games till date.

Currently, Nayak is on deputation with Sports Injury Centre, Safdarjung Hospital as Specialist on Deputation (Sports Medicine) with a mandate to look after the sports and training related injuries and performance enhancement in respect of elite athletes of the country.