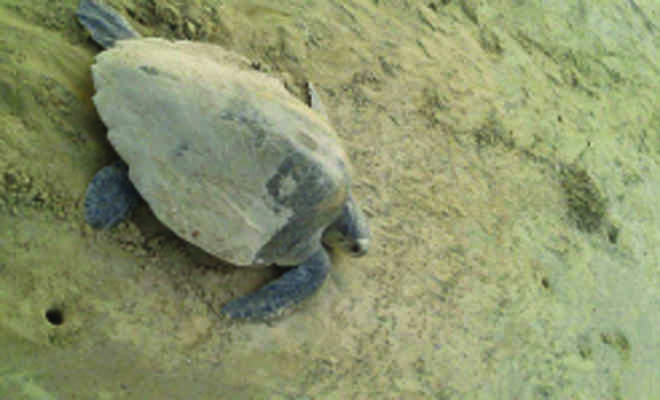 Good news for environmentalists and tourists as Dagara sea coast in Balasore district of Odisha has turned new destination for mass nesting of Olive Ridley turtles.

The endangered species turtles have been spotted on the beach for the first time and have laid eggs.

According to reports, since last three-four days the turtles have queued towards along Kankadapala, Chaumukh, Dagara and Aladiha coast.

Locals witnessed that the turtles were coming to seashore in the wee hours and laying eggs and they informed it to the forest department.

When they returned into the sea laying eggs forest officials rescued eggs.  Till yesterday a total of 373 eggs were rescued by forest department and conserved.

The forest department is planning set up a camp at the sea shore for safe and smooth egg laying of the endangered species turtles.