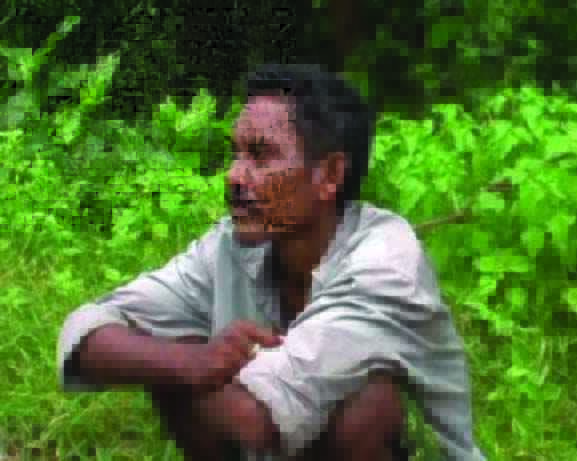 Bhawanipatna: Odisha’s Dana Majhi, who drew attention of international media after he was spotted carrying his wife’s body on his shoulders and walked over 12 km as he was allegedly denied a hearse, is again in news for another reason.

The tribal man of Melaghara village in Nakarundi panchayat under Thuamula Rampur block of Kalahandi district is going to begin another innings of life by getting married for third time in his life.

After losing his two life partners, Dana Majhi is set to tie the knot with another woman.

According to reports, Dana had come to limelight for walking over 12 km by carrying the body of his second wife on his shoulders after he was denied a hearse. Earlier, he had married Domi Dei of Singhpur village under Kalyansinghpur panchayat in Rayagada district. His first wife had died of Tuberculosis a decade ago. Later, he had married to Amanga Dei of Podapahi village of Kerapai panchayat. However, the poor man lost his second wife, who also died of Tuberculosis at Bhawanipatna government hospital on August 24, 2016.

While three of his daughters are currently pursuing education at Kalinga Institute of Social Sciences (KISS) in Bhubaneswar, his elder daughter Sanandi also suffers from Tuberculosis.

As the Tuberculosis has claimed Dana’s wives twice and his elder daughter is also suffering from the deadly disease, a feeling of panic grew in him.

He is all set to tie the knot with Alamati Dei of Damanghati village under Kashipur block in Rayagada district.

“After completion of construction of Indira Awas house provided by the government, I will marry Alamati,” Dana said.