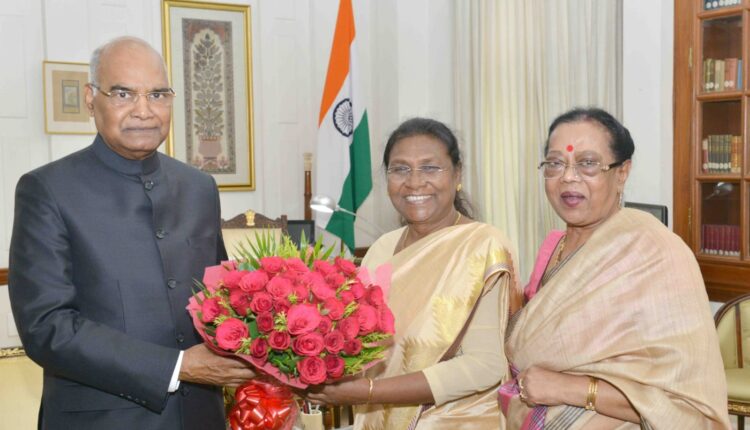 Bubaneswar: Bharatiya Janata Party-led NDA today announced the candidature of Draupadi Murmu as its presidential candidate for the upcoming polls.

For the first time a tribal woman candidate has been nominated for the post of president, Nadda said.

The 64-year-old leader started her political career in 1997 after her election as councillor of Rairangpur Municipality. She was elected the vice chairperson the same year.

Prior to her entry into politics, she has served as a school teacher and in state government for four years till 1983 as Junior Assistant in Irrigation and Power Department.

Apart from being elected twice as MLA from Rairangpur assembly segment, Murmu was also the Governor of Jharkhand.

Earlier in the day, the Opposition named Yashwant Sinha as it’s candidate for the president’s post. The TMC leader has been pitted against the BJP leader.

Soon after her name was announced, Murmu in her reaction said: “I would like to thank the party for nominating me as Presidential candidate. I would request support of all public representatives for my election. I wasn’t very much excited as my name was also doing rounds in 2017.”

“I would also urge Naveen Patnaik for his party’s support.”

Prime Minister Narendra Modi tweeted: Millions of people, especially those who have experienced poverty and faced hardships, derive great strength from the life of Smt. Droupadi Murmu Ji. Her understanding of policy matters and compassionate nature will greatly benefit our country.

Smt. Droupadi Murmu Ji has devoted her life to serving society and empowering the poor, downtrodden as well as the marginalised. She has rich administrative experience and had an outstanding gubernatorial tenure. I am confident she will be a great President of our nation, he further stated in his tweet.

Bhubaneswar gears up for #DryDay to beat Dengue