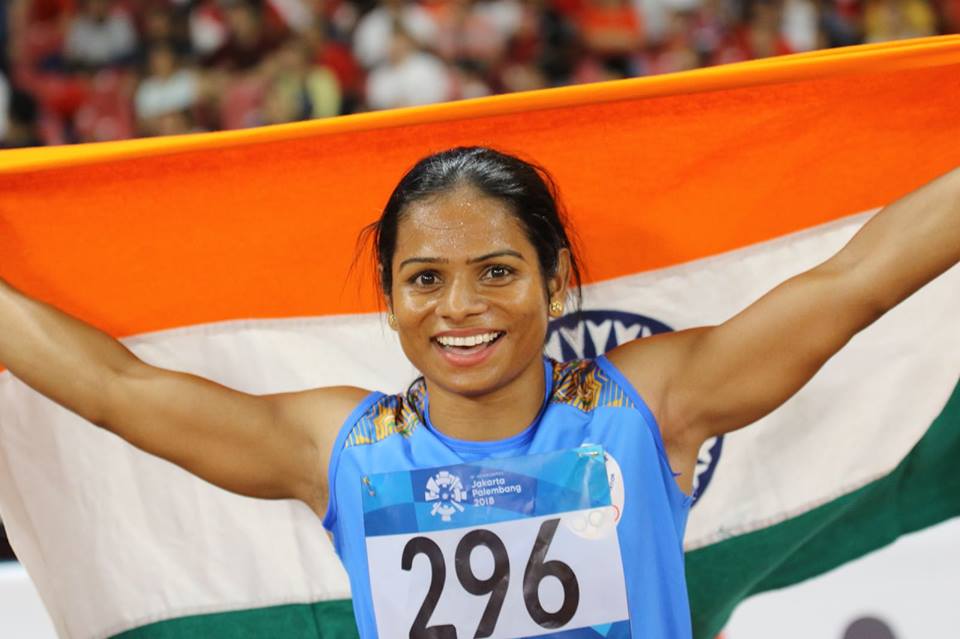 Bhubaneswar: It seems India’s top sprinter Dutee Chand is on a record-breaking spree! The Odisha-born sprinter today smashed her own national record in the women’s 100m race to qualify for the final of the event at ongoing 23rd Asian Athletics Championships in Doha.

The 23-year-old Dutee clocked 11.26 seconds to surpass her previous national record of 11.28 seconds which she had created yesterday only.

The Odisha runner’s earlier national record was of 11.29 seconds which she set last year in Guwahati.

The Asian Games medallist is, however, yet to touch the 11.24 second qualification mark for the World Championships, to be held here in September-October this year.

Recently, Dutee courted a row for allegedly supporting and campaigning for Achyuta Samanta, the BJD candidate from Kandhamal Parliamentary constituency.

The star sprinter was appointed as one of the poll ambassadors in the State by the Election Commission to create awareness among voters for the General Elections.