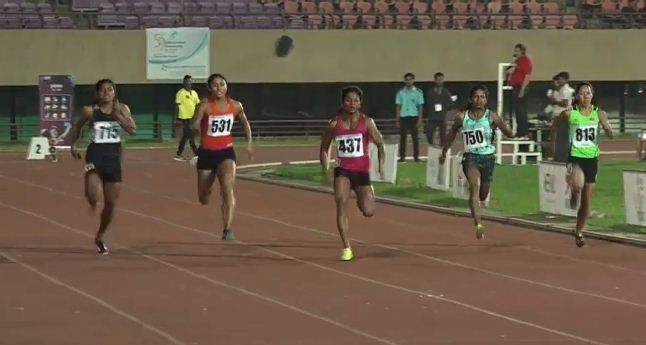 Bhubaneswar: Ace Odisha sprinter Dutee Chand today broke the national record in women’s 100m, which was earlier set by her, and created a new one at the 59th National Open Athletics Championships-2019 held in Ranchi.

Dutee clocked 11.22 seconds in the semi-final of women’s 100m event surpassing her previous national record of 11.26 seconds, which she had achieved at the Asian Athletics Championships-2019 in Doha, Qatar.

When she arrived in Ranchi, she was unsure of the time she would clock. “A couple of days ago, I had the wrong belief that my body was tired at the end of the season. I recovered well to be able to break the last national mark twice this evening,” she said after winning the final with a measure of comfort.

Odisha’s Amiya Kumar Mallick also brought laurels to the state as he won gold in the men’s 100m event with a timing of 10.46 seconds.