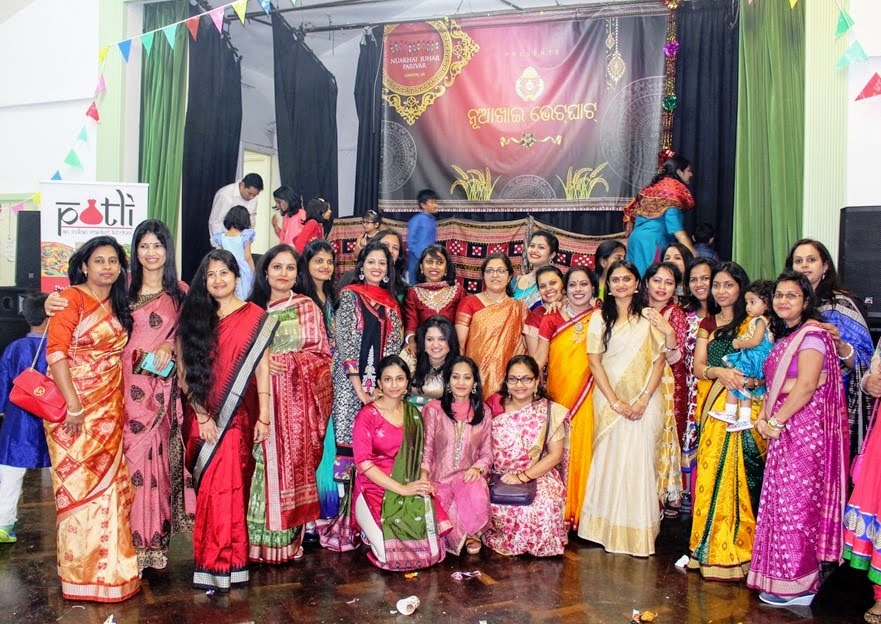 Bhubaneswar: Nuakhai, the agriculture festival of Western Odisha, was celebrated in London with much fervour, a press release said.

The festival was celebrated on 30th September at the South Ruislip Community Center in North London, which was organised by Nuakhai Juhar Parivar UK.

The event began with Samlei Puja and prayers were offered to Maa Samlei for everyone’s wellbeing. It was followed by a sumptuous lunch provided by Potli, the famous Indian restaurant in London owned by Uttam Tripathy from Sambalpur, offering a spread of mouth-watering Odia delicacies that also included “Ambila”,– a popular dish from Western Odisha, painstakingly prepared by Odia ladies themselves.

After the lunch, the programme started with Samlei bhajan and as per our Nuakhai custom, all the elderly people were honoured and presented with mementoes.

The star attractions at this year’s celebrations was the famous Rangabati dance, performed by a group of ladies, led by Reena Meher, who had earlier performed at the Nehru Center in London last month. There were fantastic performances by children and resident Odias of UK. Little children were seen dressed up in colourful costumes as part of the fancy dress competition. Few senior members of the group also performed a funny meme dance that stole the show.

The cultural event was followed by snacks and a DJ night was also arranged, which made the audience dance on the tunes of popular Bollywood and Sambalpuri numbers. It was a full blast that continued till 9 PM and dinner was also served before the audience left the venue.

A substantial amount of money was also collected for charity through raffle which will be used for a good cause in Odisha. Buoyed by the success and huge response, the group has vowed to make this into a bigger event next year.

The guests for the event were veteran Doctor Dr. Madhu Kundu and Sri Soumendra Mohapatra, Secretary at the Indian High Commission.