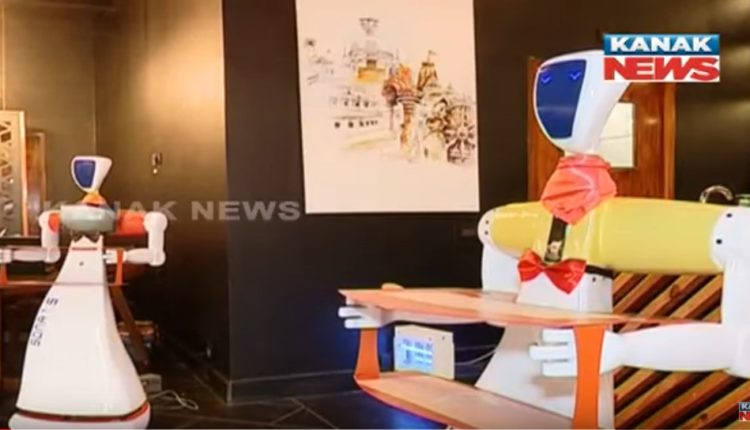 Two robots are in service of customers at Robo Chef restaurant, opening today, at Infocity DLF Tower area in Bhubaneswar.

It is said to be the first restaurant in eastern India where two indigenously developed robots namely ‘Champa’ and ‘Chameli’ are engaged in serving food to the customers.

Even as several other restaurants in cities like Chennai and Bengaluru offer food services through robots, the machines are imported from China.

“The robot restaurants in India are all imported from China. But, we are completely made in India restaurant. The robots of the restaurant are developed at a Jaipur-based start up,” he added.

The best feature of the robots developed using SLAM technology need no guided path or environment modification for installation in any restaurant.

“It automatically navigates like humans, follows the routes and achieves the instructed goals. This has been developed using the SLAM (short for Simultaneous Localization And Mapping) technology. It has 17 kinds of censors that sense the environment, heat, even smoke, identify persons, greet and welcome people,” said Bhubanesh Misra, Managing Director, Club First.
The services by two little robots at the new restaurant may attract the food lovers as well as the customers to step in to the eating house with much curiosity.

Now, visit the restaurant, order your favourite food to ‘Champa’ and ‘Chameli’ and see what happens. You will simply be surprised as these two robots will ask you in Odia ‘Apana Mane Khusi Ta’ (Are you happy) after serving the food.

Private hospitals in Odisha say no to BSKY beneficiaries