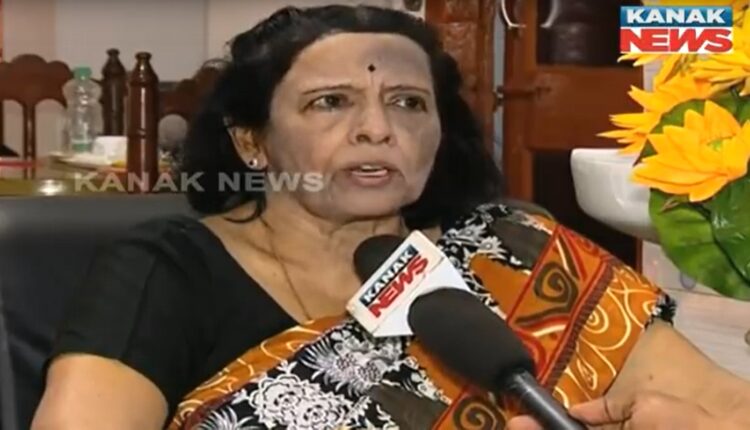 Bhubaneswar: The first woman collector in Odisha, Chandramani Narayan Swami, today passed away at her residence in Bhubaneswar.

The former bureaucrat breathed her last around 1.30 am on Sunday. She was 81.

The Odisha-cadre IAS officer had begun her career as the Assistant Collector in Puri district in the year 1964. Later, she joined as the ADM in Ganjam district and Collector of Kalahandi district.

The retired bureaucrat had served Odisha Government in key posts during her career. She had served 7 years in different posts in General Administration department and 4 years in Health department. She was also appointed to various secretary posts in the departments of agriculture, panchayatiraj and revenue. She was on the deputation for a period of 6 years in the Central Vigilance Commission. She had also served as the chairperson of Board of Revenue in Odisha.

Swami preferred to take VRS from service in the year 1994 citing health reasons of her mother and aunt when she was holding 4 key posts in various wings of agriculture department.

Swami, a native to Kerala, was fluent in Odia language. She had chosen Odisha as her per permanent home during her service as well as after retirement. The ardent devotee of Lord Jagannath had made a will  to donate her properties to Lord Jagannath after her demise.

Lightning claims lives of two of family in Odisha