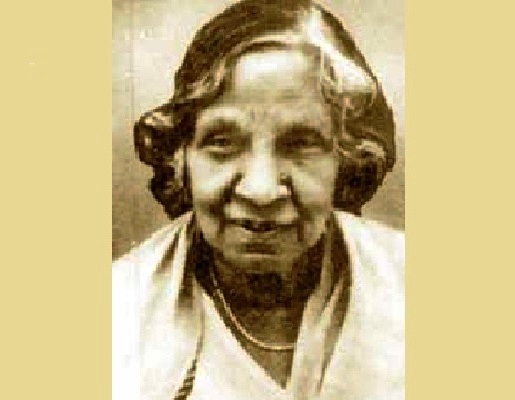 Utkal Gourab Madhusudan Das is also known as ‘Kula Bruddha’, meaning the Grand Old Man of Odisha. The first graduate from Odisha and the first minister of Bihar Odisha Legislative Council, he has many ‘firsts’ to his credit. But he did not live long enough to see Odisha becoming a separate province. The man who shaped Odisha’s destiny was not there when the first elections were fought and he did not have an opportunity to represent his beloved state either in state or Union legislature. But his daughter Sailabala fulfilled his dream by entering the Rajya Sabha in 1952. She became the first woman from Odisha to enter Rajya Sabha.

Sailabala was the first child of Madhubabu’s closest friend Ambica Charan Hajra. She was born on 25th March 1875 at Bhawanipore, Kolkata. As luck would have it, she was actually born in the house of Madhusudan Das and was brought up by Soudamini Devi, Madhubabu’s wife. Madhubabu was so fond of this little girl that he subsequently adopted her and Sailabala became his closest associate in all his socio-cultural and political activities.
After the death of Madhubabu in 1934, Sailabala took over all his activities. But she did not enter electoral politics. It was only when she happened to meet Dr. Rajendra Prasad, the then President of India during his Katak visit that she was persuaded by the President to consider fighting for state legislature or the Parliament. She met Nabakrushna Choudhury, the then Chief Minister of the state on President’s advice and was ultimately fielded as a Congress candidate for Rajya Sabha from Odisha.
Related Posts

It was the first election for the Rajya Sabha in 1952 and she won the elections to become the first woman from Odisha to enter Rajya Sabha at the age of 77. That year 9 members were elected to Rajya Sabha from Odisha and in terms of the constitution a third of the members are to be retired every two years. She was one of the three members who retired after two years in 1954. The other two members who served a two year term from Odisha were Baidyanath Rath and Prafulla Chandra Bhanja Deo.
The first session of the first Rajya Sabha was held on the 13th of May 1952. Sailabala recounts the experiences of her first day in office in her autobiography ‘A Look Before and After’. “I did not know anybody there”, she writes. “It was Mahatab who introduced me to others. When he told that I was 90 years old, nobody would believe it. In the meantime, Panditji arrived and when he was told I was 90 years old, he put his hand on my shoulder and said, ‘I know Miss Das’ age She is the oldest member of the House and, therefore, the Grandmother of the House’. From that day … everybody called me ‘Dadi Ma.'”
Shailabala had taken many important steps in the field of social reforms, women’s education and empowerment during her tenure in Rajya Sabha. Sailabala Women’s College at Katak, named after her, is one of the premier institutions of Odisha working in the field of women’s education. She may not be in her 90s when she entered Rajya Sabha, but she lived upto the ripe old age of 93 and spent her entire life serving the people of this state. In that context, the sobriquet ‘Dadi Ma’ attributed to her by her Rajya Sabha colleagues was a fitting tribute to this motherly figure.
*The author is a columnist.
Odisha
Share FacebookTwitterGoogle+WhatsAppTelegramEmail