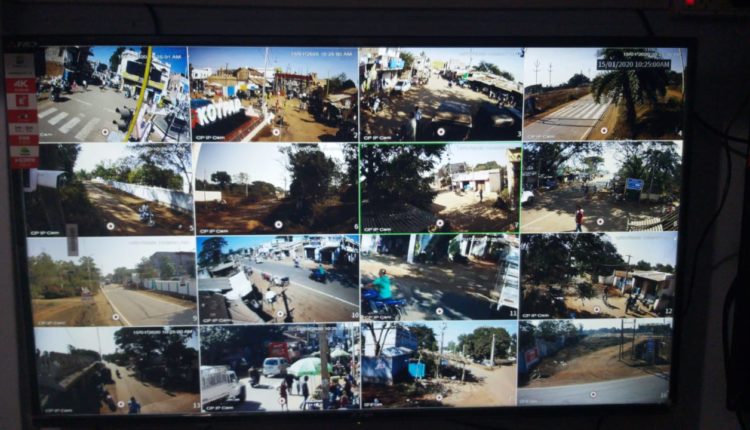 Koraput: With an aim to ensure better security in urban areas, the Koraput Police has begun the process of installing CCTV cameras across all the towns in the district. Initially, 35 CCTV cameras have been installed at different places in Kotpad town. This was informed by Koraput SP Mukesh Kumar Bhamoo today.

A total of 62 CCTV cameras will be set up in Semiliguda and Sunabeda towns in next five days. Also, the police will install 92 CCTV cameras at different places of Jeypore town including crowded squares and bus stand before January 26, he added.

As Koraput is a Maoist-affected district, the police have decided to cover all the towns under the CCTV vigil.

The SP further said CCTV cameras will be installed in phases at all the crucial points of different towns in the district.