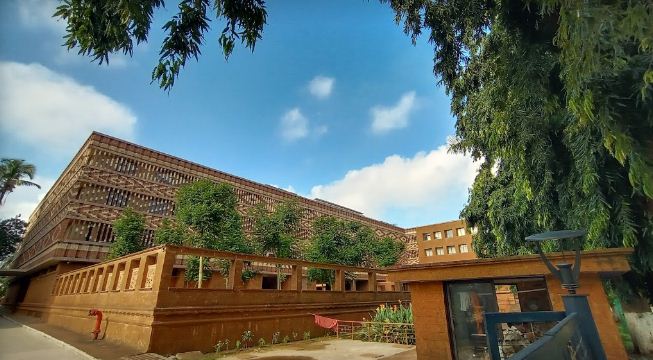 The building has been built out of the prize money received by the state government from the consecutive Krishi Karman Awards over the years. It is a tribute to the farmers of the state, glorious Sambalpuri saree and its timeless designs.

The Krushi Bhawan has been designed by Studio Lotus through intricate brickwork facade. It houses administrative offices for the Department of Agriculture & Farmers’ Empowerment around courtyards filled with ponds and trees.

The brickwork elements that wrap the upper floor create a pattern designed to emulate Odisha Ikat, a traditional dyeing technique from Odisha.