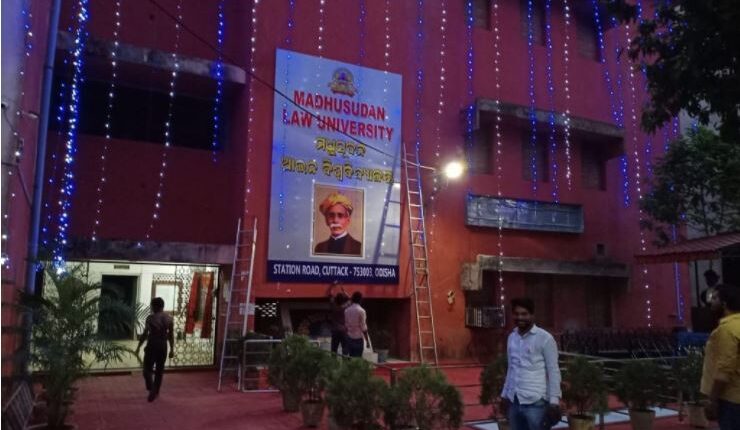 Cuttack/New Delhi: The Madhusudan Law University located at Station Road in Cuttack has been included in the list of Universities established as per section 2(f) of the UGC Act, 1956. Announcing the decision of the University Grants Commission (UGC), Union Education Minister, Dharmendra Pradhan today informed the University will soon be able to receive central assistance under the section 12(b) of the UGC Act.

The eight decade-old institution named after Utkal Gourab Madhubabu is one of the best law colleges in the region.

“The central government is committed to transform the higher education landscape as per the vision of PM Narendra Modi and in line with the National Education Policy,” said the Union Education Minister.

The University will have to adhere to the following directives:

b) To ensure that no programmes should be offered through franchising arrangement with private institutions.

c) To ensure that no study centres are opened through franchises by the University.

d) In case the University has already started any off-campus or study centre and the centre operating through franchises outside the State, it must be closed immediately.

e) No open and distance learning programmes and on-line programmes shall be started without the prior recognition of UGC.

f) M.Phil and Ph.D programmes can be conducted as per the provisions of UGC (Minimum Standards and Procedure for Awards of M.Phil/Ph.D Degrees) Regulations, 2016.