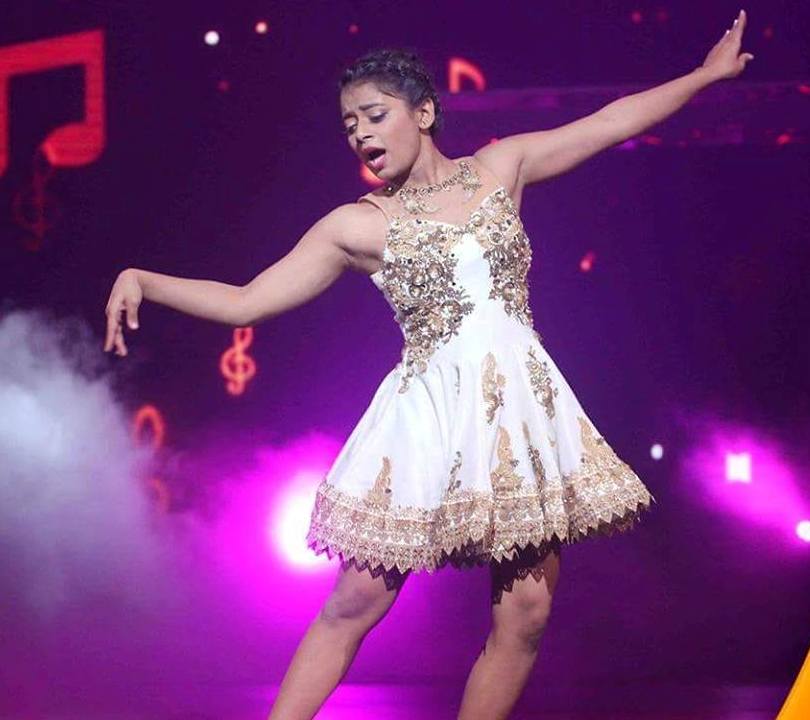 Bhubaneswar: After Odia girl Rajasmika Kar won the third edition of reality dance show Dance Indian Dance (DID), Nainika Anasura from the land of Odissi, has become a finalist in the sixth season of the show, this year.

This 16-year-old dancer has taken this reality television show by storm with her moves and expressions with back-to-back spellbinding solo and duet performances in a variety of dance forms like contemporary jazz, belly dancing and freestyle.

While grand master of the show Mithun Chakraborty is optimistic that she might get offers from movie industry, she has been garnering rave reviews from the judges as well. “I had almost decided to quit the show because I was on standby for about three months before I got a call as a wild card entrant. It was disheartening for me as a performer because I was raring to go and dance and was not getting the opportunity. I also faced medical complications but overcame the hurdles and cannot wait to give my best at the finale,” said the student of St. Mary’s Higher Secondary School of Jharsuguda in an exclusive chat with Odisha Sun Times.

Nainika begun dancing at the age of five with support of her mother and has been a part of various reality shows. This belle from Jharsuguda won the title of Raigarh Dancing Superstar in 2015 and Dance Chhattisgarh Dance in 2016. The judge of Dance Chhattisgarh Dance finale ace dance master Terrence Lewis offered her a 3-month prep scholarship at his dance academy.

“I have been her teacher since the last seven years. From Day 1, she had her sight fixed on the golden hat of DID and her determination had never wavered, even when the show was shelved for three years. As a teacher, I feel accomplished that my student is making the state proud. She has proved her mettle time and again,” said Debanjan Bose aka Sunny, a renowned Zumba instructor and choreographer of the state.

On the show, Nainika is getting trained under Mini Pradhan’s guidance and feels that the Bollywood choreographer is her second mother. “We rehearse for almost 18 hours. My mother has been my pillar of strength throughout. However, I miss my pets back home and Odia food a lot,” she added.

Though Nainika had skipped her Class X exams due to this dream-come-true opportunity, she plans to strike a balance between studies and her passion.

DID is currently being judged by Bollywood choreographers Mudassar Khan, Mini Mathur and Marzi Pestonji, in the presence of Mithun Da. The semi-finale will be aired on ZEE TV on this Saturday and Sunday at 9 pm.