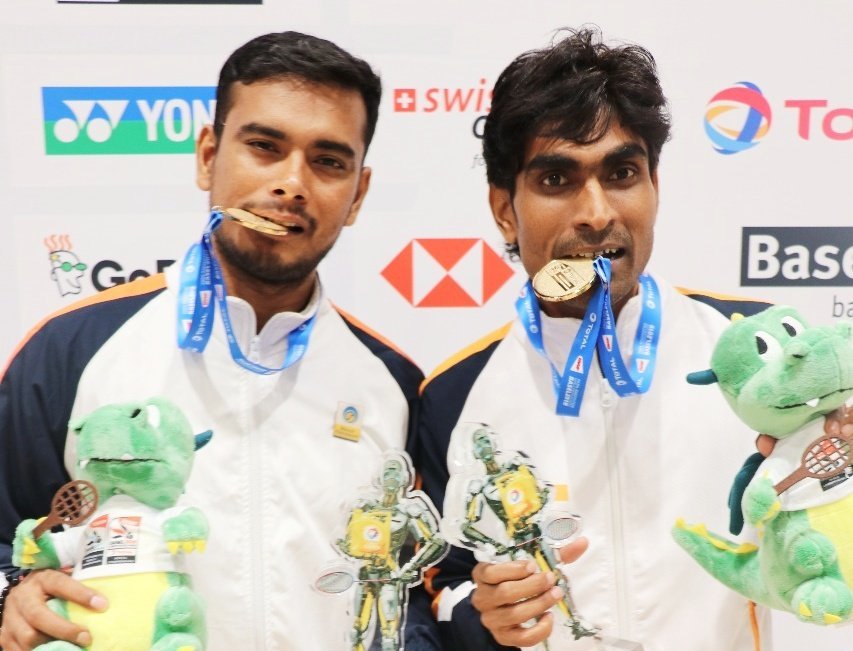 Earlier, he had partnered with Manoj Sarkar to clinch gold medal in men’s doubles category. The World-ranked 2 Indian pair emerged as champions by defeating Nitesh Kumar and Tarun 14-21,21-15,21-16 in an all-Indians final.

Bhagat was recently selected for the prestigious Arjuna Award. He is the eighth Arjuna Award awardee from the state. Hailing from Attabira in Bargarh district, Pramod has brought laurels to Odisha and nation several times.