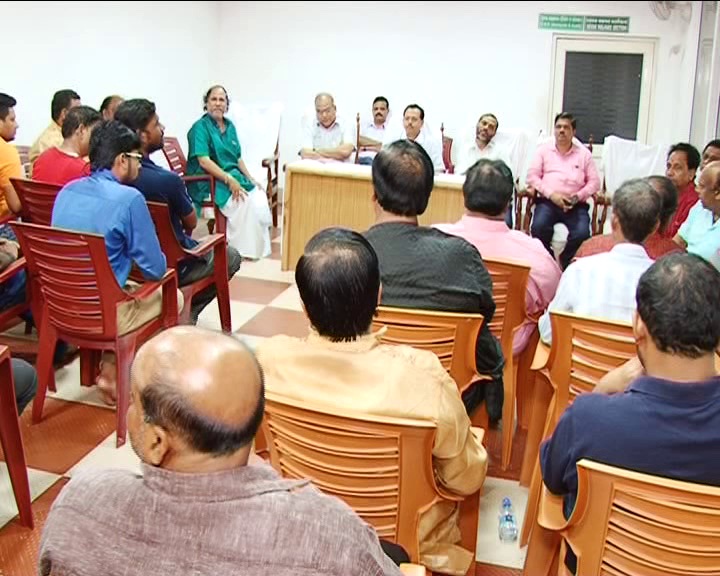 The long tussle between Puri Jagannath temple administration and servitors was resolved with the decision allowing the servitors to touch the deities during upcoming festival Snana Purnima of Lord Jagannath, Balabhadra and Devi Subhadra.

“If we combine the decisions taken in 2014 by the management committee and the High Court directive together and go through the proceedings of the management this year, there will be no place for any doubt between us. Today, all the differences were resolved when we go through everything together at the meeting,” Jena said.

With the decision taken at a meeting chaired by Jena yesterday, the servitors can touch the deities during Pahandi of Lord Jagannath and siblings on Snana Purnima.

“The chief administrator nicely explained the difference between the authorised servitors and unauthorised persons at the meeting. All the servitors will have darshan during pahandi of the deities on Snana Purnima. They are also allowed to climb atop chariots and have darshan the deities during Rath Yatra,” said Secretary of Daitapati Niyog Premananda Das Mohapatra after the meeting.

However, the final decision on the demand allowing the servitors’ families to touch the deities will be taken on June 13.

The meeting was held last evening after the servitors boycotted the third meeting of Rath Yatra Coordination Committee and handed over a memorandum to Law Minister Pratap Jena at the premises of Gopabandhu Ayurveda College in pilgrim city yesterday demanding to meet their demands.

They said that touching the deities is their birth right as per the record of rights of Sri Jagannath temple.