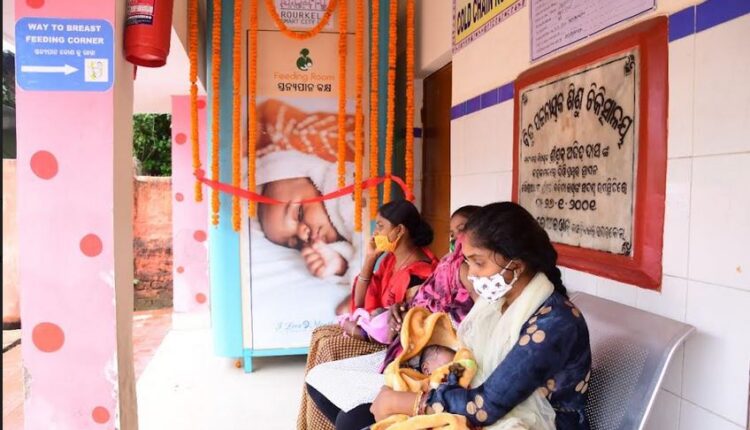 Rourkela: The Smart City Rourkela has secured a place among the ‘Top 10 Cities of India’ as part of the ‘Nurturing Neighbourhoods Challenge’ under the aegis of the Smart Cities Mission of the Ministry of Housing & Urban Affairs.

The winning cities announced by Ministry are Bengaluru, Hubballi-Dharwad, Rourkela, Indore, Jabalpur, Kakinada, Kochi, Kohima, Vadodara, and Warangal. The finalists were selected after thorough evaluation of their proposed and implemented projects by a jury consisting of representatives from Ministry of Housing & Urban Affairs, BvLF, and independent experts in urban design, early childhood development, and behavioural change.

In the first stage of the challenge, the Rourkela Smart City Limited (RSCL) and the Rourkela Municipal Corporation (RMC) jointly responded to MoHUA’s open call for proposals to implement neighbourhood-level pilot projects improving public spaces, streets, transport, and access to services to enhance the health and wellbeing of 0-5 year old children and their caregivers.

In February 2021, Rourkela was shortlisted by an expert committee from 63 applicant cities across the country. Over the next seven months, it was part of a cohort of 25 cities that received technical assistance and capacity building to solicit citizen participation, implement trials and pilots, and build consensus around their proposals.

“Happy to note that Rourkela is one of the Top 10 Cities in the ‘Nurturing Neighbourhoods Challenge’. Under the program, future plans are being made to provide children with a variety of components, a better environment, and to build better relationships between senior citizens and children in urban slums,” said Nikhil Pavan Kalyan, Collector Sundargarh. He also thanked the former ADM Rourkela, the former Commissioner RMC and the CEO of Smart City Rourkela and all the people of Rourkela.

RSCL and RMC targeted interventions in the Basanti Colony and Udit Nagar neighbourhoods spreading across 7 wards. Infants and toddlers living in informal settlements on the periphery of these neighbourhoods access nearby Early Childhood Development (ECD) services. Recognising anganwadis as one of the most important ECD services, the city upgraded two Anganwadi Centres with play spaces, nursing-cum-counselling stations for pregnant mothers and kitchen gardens.

Envisioning holistic development catering to the most vulnerable parts of the city, RSCL and RMC have jointly taken measures to create learning-based play areas for underprivileged children and the community at Malgodam and Leprosy Colony, towards strengthening healthy development in the early childhood years.

Dr. Subhankar Mohapatra, Chief Executive Officer, Rourkela Smart City Limited, Commissioner, Rourkela Municipal Corporation says: “Nurturing Neighbourhoods Challenge helped us to visualize and see how much we can do for infant, toddler, and caregiver communities in our city. This becomes a platform for us to work under area of early childhood education, Mother and children’s health, slum development, women freedom under the umbrella of infant, toddler, caregiver-friendly and children-friendly city. Rourkela had an incredible experience working on this thematic area and we are looking forward to work more on this significant issue.”

Additionally, nursing cabins (breastfeeding pods) were installed in Tilkanagar UPHC at Bondamunda, Basanti Colony market space and Rourkela Municipal Corporation office to support young working mothers from all sections of society to breastfeed in public spaces with ease. Rourkela is also looking forward towards scaling up early childhood-oriented improvements in health facilities, digital learning & education, and inclusion of nature in every project.

The programme is being done in collaboration with the Bernard van Leer Foundation with WRI India as the technical partner. Rourkela Smart City will receive technical assistance for the next 2 years, under the initiative. Accordingly, host of initiatives had been undertaken by the Rourkela Municipal Corporation to make the city engaging, useful and fun for children i.e. to make Rourkela a Children Friendly City.