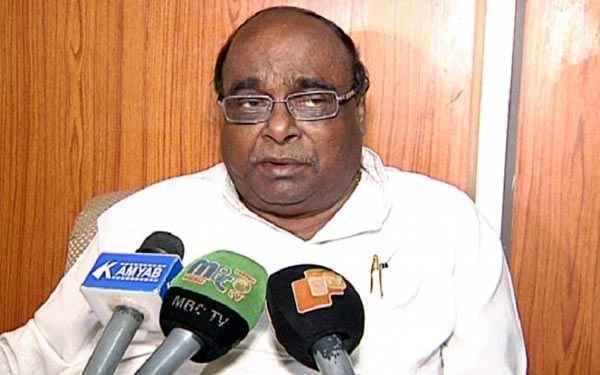 Bhubaneswar: The eastern Indian state of Odisha has the dubious distinction of catching the eyeballs for abject poverty, hunger, underdevelopment, malnutrition and illiteracy. The ruling party, however, paints a divergent picture of the growth story in the last 17 years of Naveen Patnaik’s regime.

This comes a day after party supremo Naveen Patnaik took an indirect jibe at BJP and Narendra Modi government for neglecting the state.

The BJD stalwart held a press conference here today where he put a nine-point poser for the saffron party.

“The Prime Ministers eyed for their party forming governments in every state. In the last three years, Prime Minister has turned a blind eye to the constitutional norms, traditions and principles. His only intention is to form government in all states and enforce his monopolistic rule. From Prime Minister to BJP National President, all have a single point agenda to defame Naveen Patnaik for which I decided to come up with a comparative study,” Rout said.

Rout read out a comparative analysis of various growth parameters with four BJP-ruled states as below:

Similarly, Rout targeted BJP National President Amit Shah over his son Jay Amit Kumar’s property registering a 16000 fold increase. Besides, Narendra Modi had promised to increase the minimum support price (MSP) of paddy. What about that? He asked.

“Narendra Modi had promised to bring back black money stashed in offshore accounts in 100 days and deposit Rs 15 lakh in every Indian’s account. After touring 134 nations, how much money has returned to country,” he questioned.

Reacting to this, BJP leader Sajjan Sharma said: “BJD is disturbed with BJP’s queries. Rout is veering away from basic questions our party has put.”