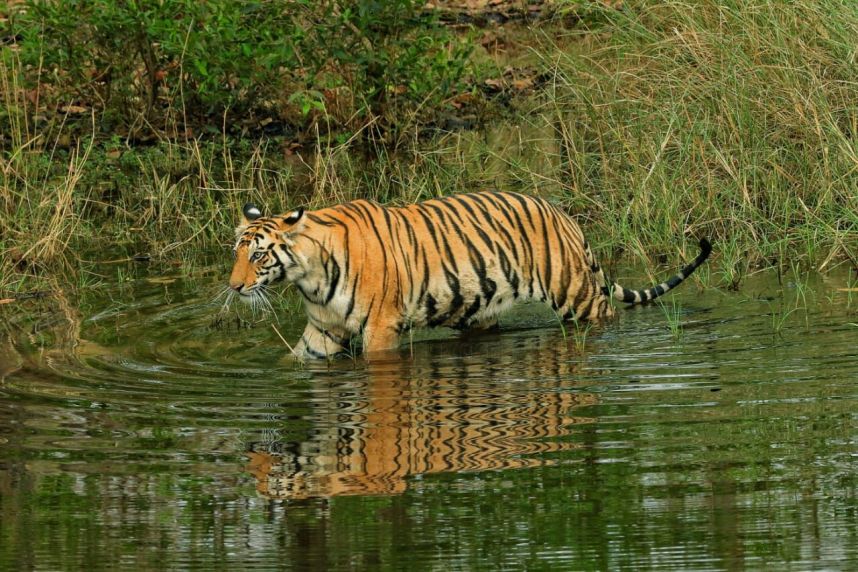 The 27-month-old tigress called as Sundri (T-412) reached Satkosia Tiger Reserve in a special vehicle along with a team of officials from Madhya Pradesh and Odisha.

A team of officials brought the tigress on a secret route in view of security of the wildlife after tranquilizing her at Bandhavgarh National Park yesterday.

The Royal Bengal tigress will be kept in a special enclosure built in an area of 2.5 acre under CCTV surveillance following medical examination. Its movements will be monitored through radio collar, a machine-belt fitted with a small radio transmitter and battery. Later, it will be released into wild, a source in forest department said.

This is the second big cat of six planned tigers brought to Satkosia Tiger Reserve as part of inter-state Tiger Relocation exercise to increase tiger population.

The health condition of the tiger is stated to be normal and it has been kept in enclosure.

The Royal Bengal tiger has shown all positive signs to adjust with the environment after tiger translocation, official said.

Four more big cats will be relocated to Satkosia Tiger Reserve in next few days.

‘There is no substitute for hard work to achieve success’