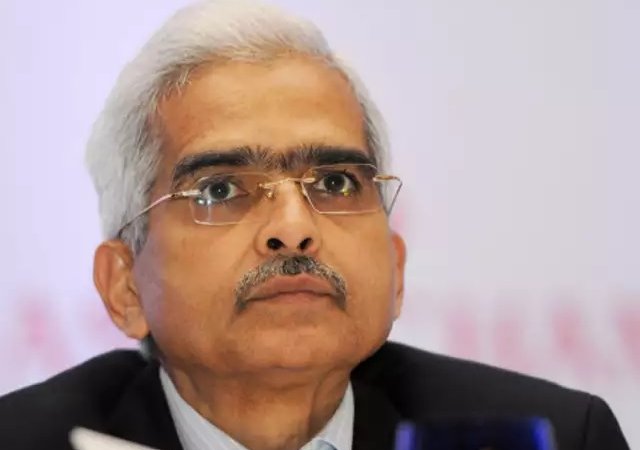 Bhubaneswar: Former Economic Affairs Secretary Shaktikanta Das, who is originally from Odisha, has been appointed as the Governor of the Reserve Bank of India (RBI).

The post was lying vacant after Urjit Patel quit amid tiff with the government. Patel, however, cited “personal reasons” in his resignation letter on Monday.

“The Appointments Committee of the Cabinet has approved the appointment of Shaktikanta Das, former Secretary, Department of Economic Affairs, as Governor of the Reserve Bank of India (RBI) for a period of three years,” an official order said.

Das, a 1980 batch IAS officer from Tamil Nadu cadre, was a member of the Finance Commission of India.

The man from Odisha had served Economic Affairs Secretary from 2015 to 2017, Das worked closely with the central bank. He is currently a member of the Finance Commission of India, and the government’s representative at the Group of 20 summits.

Meanwhile, taking to Twitter, Chief Minister Naveen Patnaik congratulated Das, saying he is the first from Odisha to hold the top post.

Congratulate Shri. Shaktikanta Das on appointment as Governor of Reserve Bank of India. He will be the first from #Odisha to occupy this position. Wishing him the very best.

Das’ appointment comes at a time when the government and the RBI are engaged in a tussle over several issues including transfer of the central bank’s reserves, over which Patel had reservations after the government hinted at forcing him using provisions of the RBI Act.

The order comes three days prior to the next RBI Board meeting on December 14, which is likely to take up all contentious issues on which truce seemed to have been reached in the last meeting in November before the unexpected exit of Patel. The meeting could also be postponed to give the new incumbent some time at Mint Street.

Das, a retired 1980-batch IAS officer from the Tamil Nadu cadre, was a member of the 15th Finance Commission of India and India’s Sherpa to G20. Having a master’s degree from St. Stephen’s College, he earlier served as Joint Secretary in the Expenditure Department of the Finance Ministry.

In a development that came as an embarrassment for the government, Patel resigned on Monday citing “personal reasons” even as his various predecessors hinted that the decision was rooted in the recent controversy involving the government and the central bank.

His resignation came against the backdrop of the ongoing tiff between the government and the central bank over the liquidity and credit crunch in the economy that provoked an extraordinary meeting of the RBI board on November 19.