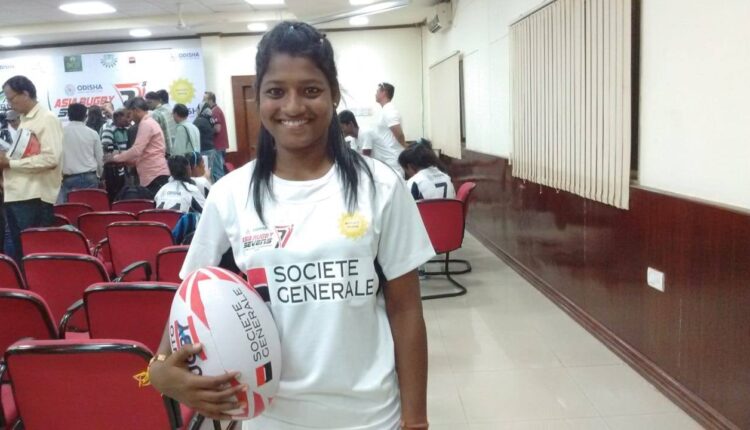 She is among three Rugby stars to have found place in the list for the upcoming sports event.

Yesterday, Rugby India had announced the names of three unstoppable women in Rugby who will represent the country at Asia Rugby Unstoppable campaign.

Along with Sumitra Nayak from Odisha, Rugby players Sandhya Rai of West Bengal and Vahbiz of Maharashtra have made it to the list to participate in the event.

No end to this national-level football player’s misery…

Congratulate Odisha’s rugby star Sumitra Nayak on being selected to represent #India at the @asiarugby #Unstoppable campaign. Wish @RugbyIndia all the best for it. #WomenInRugby https://t.co/fi98wUMbUT

Hailing from Jajpur district of Odisha, Sumitra was among 10 Indian kids nominated for International Children’s Peace Prize 2017. She was fascinated towards rugby when she was enrolled in Kalinga Institute of Social Sciences (KISS) in 2008. She started practice next year. Under the guidance of coach Rudrakesh Jena, Sumitra had played her first State match in 2012. Later, she participated in the National Championship, the National School Games and the U-13 Women’s Rugby World Cup. She had helped her team win bronze in the Asian Girls Rugby Sevens (U-18) held in Dubai in 2016. She had also led Under-18 India women’s rugby team.