ODISHA LATESTSPORTS
By Sambad English Bureau On May 22, 2019 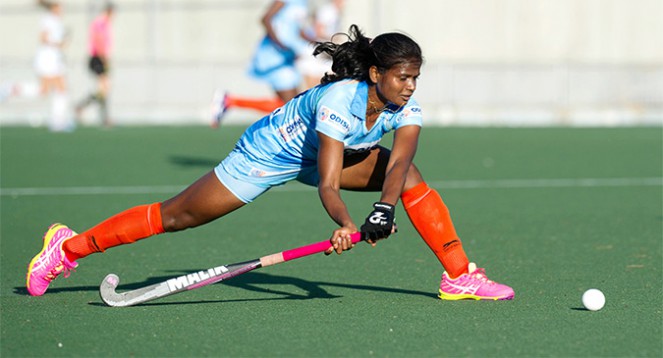 Considered as one of India’s most reliable players in the backline, the 29-year-old defender made her International debut in 2009. During her 10 years with the senior team, Sunita has emerged as one of the most important cogs in the Indian defence, guiding the team to victories in the Asian Champions Trophy in 2016 and the 9th Women’s Asia Cup in 2017 in Japan as well as a Silver Medal at the 18th Asian Games Jakarta & Palembang.

Lakra is considered as a leader within the team and was rewarded with the duties of being the Vice Captain in the absence of Savita, during the tour of South Korea last year where the team won 3-1 in a five-match series. The defender, who recently got married, captained the team which won the Silver medal in the Women’s Asian Champions Trophy in 2018 and was an integral part of the Hockey Women’s World Cup London, 2018 side where the team created history by entering the Quarter Finals for the first time in over four decades.

“I am happy to have received the trust and support of my teammates in these many years of playing for India. I am fortunate to have been part of the Indian Women’s Team’s growth over the years and now my aim is to help the team qualify for the 2020 Tokyo Olympics. All of us are working towards this one dream,” she said.

Congratulating Sunita Lakra, Rajinder Singh, Secretary General, Hockey India said, “Sunita has been a great role model and a very disciplined player. She has played an important role in India’s climb in the World Ranking and has featured in some important victories. On behalf of Hockey India, I wish her success and hope she continues to play a vital role in India’s pathway to the 2020 Tokyo Olympics.”

This is how vote counting process is undertaken