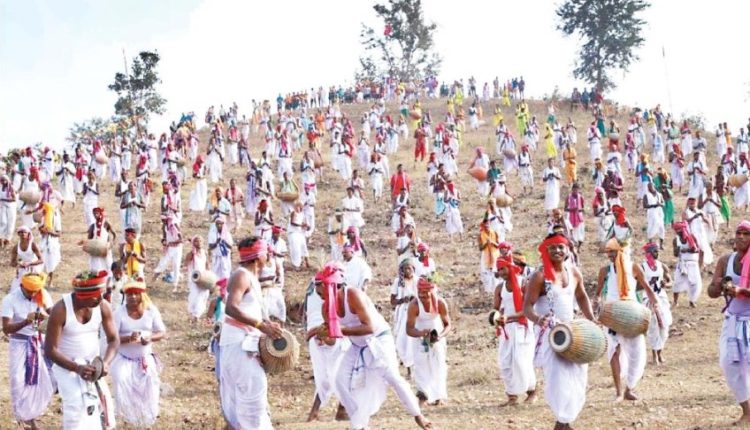 Bargarh: An attempt by huge number of folk artistes on the occasion of famous Karamsani festival in January this year in Bargarh district bore fruit as the programme found place in India Book of Records.

As many as 3,000 artistes had played drums and moved to beats of folk songs for half an hour at the programme titled ‘Dangar Upre Karamsani’, organised by Sambalpuri Folk Academy at Mahajan Dunguri near Saradhapali village under Gaisilat block on January 5, 2020.

All the artistes showcased their skills by playing music and performing dance simultaneously at the festival coordinated by Guru Rabi Ratan Sahoo.

The skills of artistes were acknowledged following verification by the Editorial Board of India Book of Records and the programme entered into the record books for ‘Maximum artistes performing in Karamsani festival’.

Worth mentioning, Karamsani is a tribal festival celebrated within the fold of the Sambalpuri folk tradition. It is one of the cultural events, in which the performers dance to honour the deity Karamsani.

Road Safety World Series called off due to coronavirus