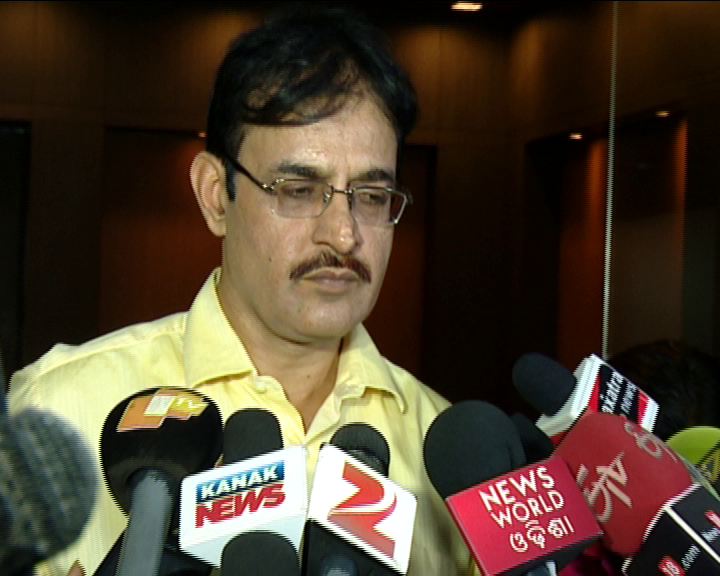 Odisha Vigilance has registered cases against Union Oil and Petroleum and Natural Gas Minister Dharmendra Pradhan’s brother Soumendra, a day after raid on Pradhan Gas Service in Talcher on charges of irregularities including black marketing and refilling of cooking gas by the agency.

According to reports, Vigilance registered cases against Soumendra and three others. They are: Rashmikanta Mohapatra (Manager), Nilu Sahu (godown in-charge), and one Debraj Panda from South Bolanda.

“A joint surprise inspection on various gas agencies and petrol pumps on complaints of irregularities was conducted. A case has been registered by Vigilance (Cuttack Division) yesterday under section 7 and 8 of Essential Commodities Act; section 9 (b) and 12 of Indian Explosives Act, 1884, sections 285, 420 and 120 (b) of IPC against the proprietor of Pradhan Gas Service Soumendra Kumar Pradhan and three persons. A DSP rank officer has been entrusted to inquire into the matter,” Vigilance DG RP Sharma said.

On January 14, around 40 LPG cylinders were delivered to a specific person. The receipts were issued on others’ name and were supplied to Debraj. As many as 83 cylinders were found in his godown, Sharma added.

“As per requisition of DIG (Vigilance) yesterday, inspectors of the State Civil Supplies Department, Legal Metrology and Weights and Measures conduced inspections at petrol pumps and gas distributors in Cuttack, Jajpur, Angul, Bhubaneswar, Khurda, Chhatrapur and Berhampur today. Cases will be filed in the court if complaints of repeat violations are received,” Anant Kumar Bhuyan, Director of Civil Supplies Department said.

On the other hand, political slugfest and allegations of vendetta behind the raids on petrol pumps and LPG service agencies across the state has gained momentum.

“Around 15-17 rural gas agencies have been raided in the state. With this, the state government is exposing its fear for the Ujjwals Yojna. The government should abstain from creating panic in the garb of poll code violation,” BJP leader Prithviraj Harichandan said.

Reacting to this, BJD spokesperson Amar Satapathy said: “Allegations will keep coming. Even if the panchayt poll is round the corner, routine works won’t stop. Cheating people is an offence and it’s the duty of the district administration to put a curb on it. This is an administrative decision, not political.”

It may be mentioned here that Vigilance sleuths had conducted raids on various petrol pumps and gas agencies on Saturday. The raids were conducted today also.

Meanwhile, the anti-corruption wing officials conducted raids on Pradhan Gas Service at Handidhua this evening for the second time in three days. The raid was conducted by a five-member team led by Vigilance DSP (Cuttack Division).