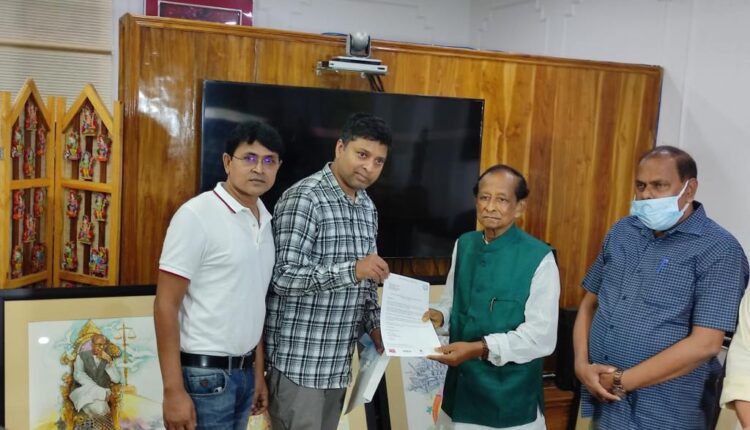 Bhubaneswar: Oil paintings of legendary leader and former Chief Minister of Odisha, late Biju Patnaik were presented to the State Assembly today. The oil paintings of late Biju Patnaik, fondly known as Biju Babu, that were painted on the occasion of his birth centenary celebrations, were handed over to Assembly Speaker Surjya Narayan Patro for conservation and public display.

One of the Directors of the OdishaLIVE Media Network, Bhabani Prasad Mohanty handed over five oil paintings of Biju Babu to the Assembly Speaker. Associate Chief Reporter of OdishaLIVE, Satyabrata Padhy also accompanied Mohanty during the meeting.

Patro said the oil paintings are presenting the personality of Biju Babu in magnificent way. He thanked the OdishaLIVE for donating the paintings to the State Assembly.

OdishaLIVE’s chief editor and CEO Nilambar Rath thanked the Assembly Speaker for accepting the oil paintings for public display on premises of the House.

The oil paintings were created by noted painter Baladeba Maharatha.