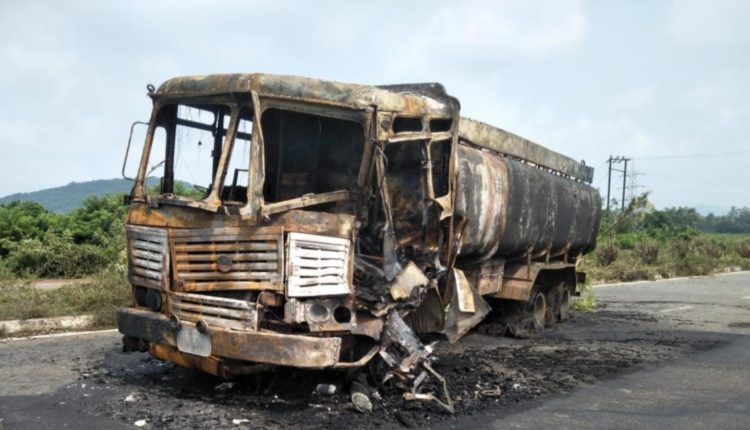 Tangi: A driver and helper of an oil tanker sustained critical injuries after the vehicle caught fire on NH 16 Tangi bypass in Khordha district late on Thursday night.

The injured persons have been rushed to the AIIMS, Bhubaneswar, for treatment.

According to reports, the tanker (bearing the registration number OR 05 AA7231) containing oil enroute to Berhampur from Cuttack accidentally caught fire after hitting a vehicle near Tangi bypass last night.

The fire engulfed the tanker leaving both driver and helper critically injured.

On receiving information, the Tangi fire tenders were pressed into action and doused the flames.

However, the vehicle, which was reportedly hit by the oil tanker, was not spotted at the site.