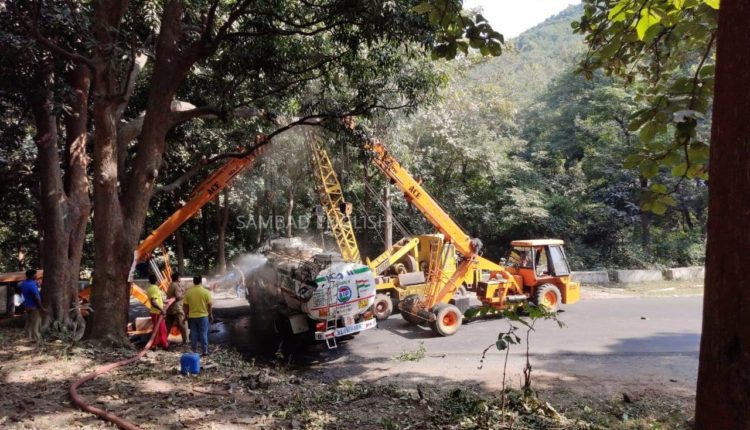 Driver of the tanker, which was heading towards Visakhapatnam from Raipur, lost control over the wheels following which it overturned this morning, resulting in leakage of oil from the vehicle.

Later, the tanker was repositioned with the help of a crane in the presence of Fire personnel, who rushed to the spot on being informed. Many vehicles remained stranded on both sides of the road after the accident.

As many as five vehicles carrying mid-day meals for students of around 50 schools also got halted on the road, due to which the food could not be served to the students on time.

The portion of the road has been cordoned off by police to avoid any untoward incident. No casualties have been reported in the road mishap.