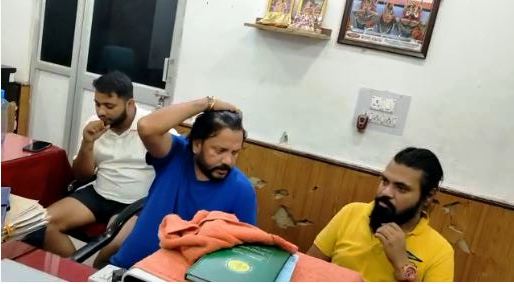 Bhubaneswar: Ollywood actor Bobby Mishra has been detained by Nayapalli police here on charges of terrorizing his neighbour at gunpoint in inebriated condition.

The actor is also accused of threatening his neighbour of life, if the latter complains anything against him.

On the other hand, Bobby Mishra refuted the allegation terming it as baseless. He said the complainant a very close friend of him and the incident is a fallout of some disagreement. He also confessed that he had a fight with his neighbour over vehicle parking.

The Actor was later released by the Nayapalli Police after he was served a notice under Section 41 of CrPC (notice of appearance before police officer).