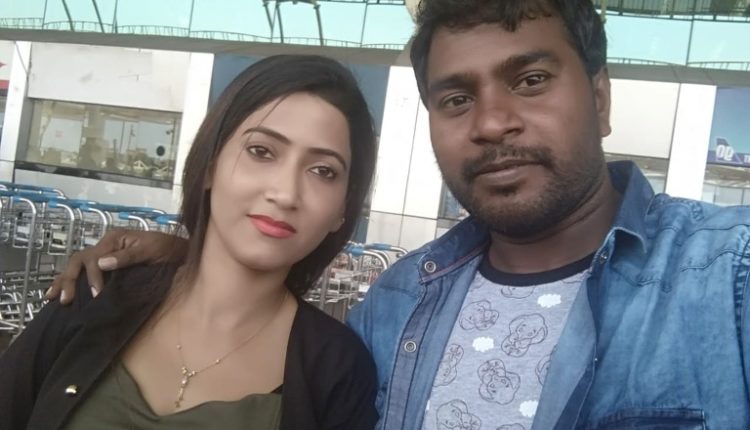 Bhubaneswar: A day after Ollywood actress Chinmayee Priyadasrshini Nayak rubbished the defrauding allegations leveled by a Visakhapatnam youth against her, the complainant, Padmaraju Ravi Kumar today stated a male friend of the actress called him up to offer a compromise.

Padmaraju, who had accused Chinmayee Priyadasrshini of duping him on the pretext of marriage, said, “Debaraj Sahoo, a friend of Chinmayee Priyadasrshini telephoned me and offered me a compromise. He also asked me to visit Bhubaneswar and take back my items given to the actress. Few hours later, a woman also called me up and asked me take back my items following a brief argument.”

“Yesterday the actress told a private news channel that she had given me a hand loan which is completely false. Her friends called me up after I revealed the incident before the media,” said Padmaraju, adding that he had no intention to malign anyone’s image and the sole purpose is to ensure that anyone else should not be duped by her.

After Padmaraju accused Chinmayee Priyadasrshini of cheating on media on Tuesday, the actress told media, “I had given hand loan of Rs 1.5 lakh to the Vizag youth as he was one of the friends of mine. For this reason, he had transferred Rs 50,000 online into my account. When I denied accepting Padmaraju’s marriage proposal and asked for my money loaned to him, the youth got irked and threatened to tarnish my image.”

“The youth’s claim of gifting me gold chain on my birthday is also completely false,” the actress said.

Chinmayee added she knew Padmaraju only four months back. “I have not cheated anyone. Instead the Visakhapatnam youth duped me and filed false complaint. My next move will be to file a defamation case against him.”

The Vizag youth had sent an email to the DGP and Twin City Police Commissioner saying that Chinmayee had taken Rs 2 lakh, laptop and gold chain from him with the false promise to marry him.