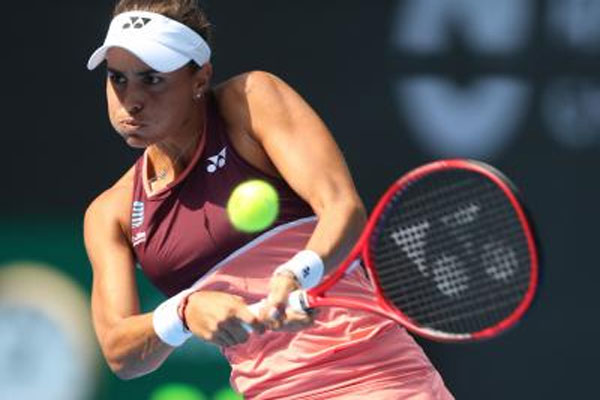 The highlight of Puig’s career came in her history-making run to Olympic gold at the 2016 Olympics in Rio de Janiero. At age 22, Puig became Puerto Rico’s first Olympic gold medallist with a stunning performance, which included wins against three major champions in Garbine Muguruza of Spain, Petra Kvitova of the Czech Republic and Angelique Kerber of Germany in the gold medal match, according to wtatennis.com.

“It’s not a goodbye, but a see you soon,” Puig wrote in her retirement message on Instagram.

“Over the past 28 years of my life, tennis has been my constant. It has given me some of the most thrilling and memorable experiences I could have ever asked for. But, sometimes, good things come to an end. Today, I announce my retirement from tennis. After a tough 3 year fight with injuries and 4 surgeries, my body had enough.

“This decision isn’t an easy one because I would’ve loved to retire on my own terms, but sometimes life has other plans and we have to open new doors that lead to exciting possibilities. I would love to also announce that I will be very much active in the tennis world as a new full time member of the ESPN family, along with branching out into many other sports that I am passionate about! I will also be exploring consulting roles for young, up and coming tennis players, as well as with programs and academies.

Puig concede that while the Olympic gold made her a celebrity, it also had a downside.

“I always said it was a blessing and a curse kind of thing,” Puig told reporters last month at the Madrid Open. “But I think it was just a really good period of growth for me. Growth, maturity, understanding myself, understanding who I am as a person, as a woman, and all of these things.

“Because I look back on it now, and I’m like, ‘Wow, I was so stupid for so many things.’ But at the end of the day, I didn’t know any better. I was 22 years old and kind of came out of nowhere, and I wasn’t ready for all of that.”

Injuries would derail Puig’s career later. In 2019, she suffered permanent nerve damage due to a compressed nerve in her elbow. Then came shoulder injuries, which included surgeries for a torn biceps, labrum and rotator cuff. Last month, Puig was finally able to take the court again and compete at the Madrid Open. In what would end up being her final tour-level match, Puig lost in straight sets to Australian Open finalist Danielle Collins.