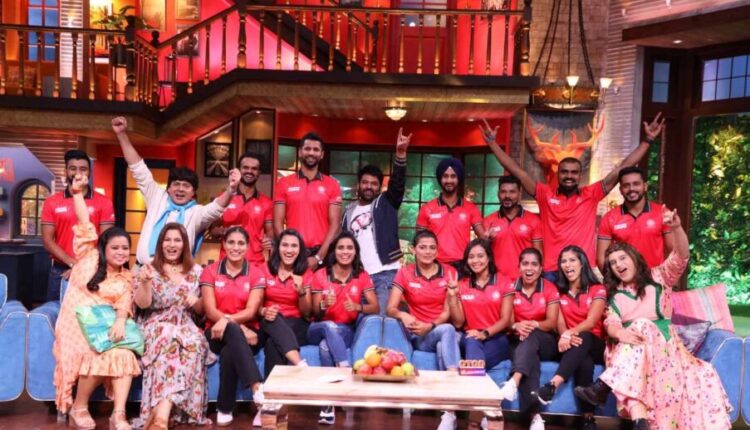 The shooting of the upcoming episode has been completed at Film City, Mumbai, on Wednesday. The show is scheduled to be aired tomorrow.

Along with the Men’s Hockey Team, the women players of the national hockey squad — Rani Rampal (captain), Savita, Gurjit Kaur, Neha Goyal, Sushila Chanu and Navneet Kaur — will be seen at ‘The Kapil Sharma Show’.

While Indian men’s team finished with a bronze against strong team Germany, ending a 41-year medal drought, the women’s team narrowly missed third place, going down to Great Britain 3-4 in the bronze-medal match at 2020 Olympic Games in Tokyo.