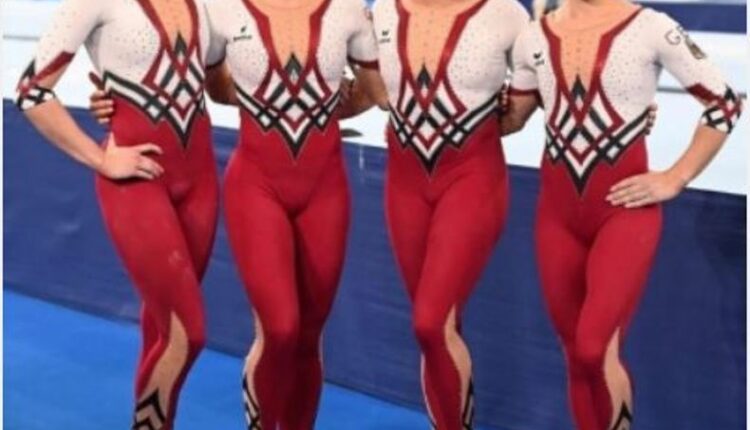 Tokyo: Even as Simone Biles was the point of focus in the gymnastics arena, it were German women gymnasts who created the buzz with their full-body unitard outfits instead of the usual bikini-cut leotard outfits.

Gymnastics has always seen women competitors wearing leotard outfits while unitards, which stretch down to ankle length, were worn only for religious or cultural reasons.

The German team members, however, chose unitard outfits as they felt comfortable in leotard and hoped to fight against the sexualisation of the sport of gymnastics.

“We wanted to show that every woman, everybody, should decide what to wear,” Elisabeth Seitz, a member of the German gymnastics team was quoted as saying by The Washington Post.

Elisabeth’s teammate Sarah Voss said the competitors were behind the decision and added that they feel more comfortable.

“We girls had a big influence on this,” Sarah was also quoted as saying by The Washington Post.

“The coaches were also very much into it. They said they want us to feel the most confident and comfortable in any case,” she added.

In April this year, after the decision to wear unitard outfit was made, Sarah had talked of the challenges that gymnasts face in leotard outfits as they move out of child’s body.

“We women all want to feel good in our skin. In the sport of gymnastics it gets harder and harder as you grow out of your child’s body,” Sarah had said in April.

“As a little girl, I didn’t see the tight gym outfits as such a big deal. But when puberty began, when my periods came, I began feeling increasingly uncomfortable.”

The German Gymnastics Federation has said, “It is a statement against sexualisation in gymnasticsï¿½ The aim is to present themselves aesthetically — without feeling uncomfortable.”