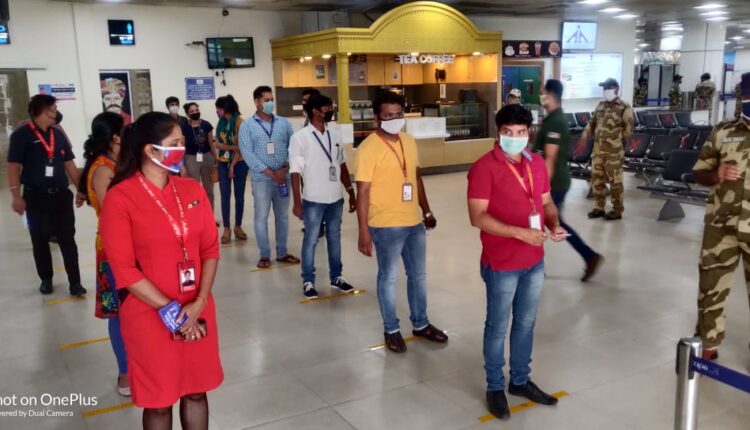 New Delhi: The Central Government will review the Standard Operating Procedures on testing and surveillance of the incoming international passengers, especially from the countries placed on ‘at risk’ category, the Home Ministry said on Sunday.

The overall global situation amid the detection of the Omicron variant was reviewed comprehensively in the meeting and various preventive measures in place and to be further strengthened were discussed, a statement said.

The Genomic surveillance for variants will be further strengthened and intensified.

The decision on the effective date of resumption of scheduled commercial international passengers services will be reviewed according to the evolving global scenario, the statement said, adding “a closer watch on emerging pandemic situation within the country will be maintained”.

The Omicron variant was first reported to the World Health Organization (WHO) from South Africa on November 24, 2021.

The epidemiological situation in South Africa has been characterized by three distinct peaks in reported cases, the latest of which was predominantly the Delta variant. The first known confirmed B.1.1.529 infection was from a specimen collected on November 9

The WHO said that this variant has a large number of mutations, some of which are concerning. Preliminary evidence suggests an increased risk of re-infection with this variant.