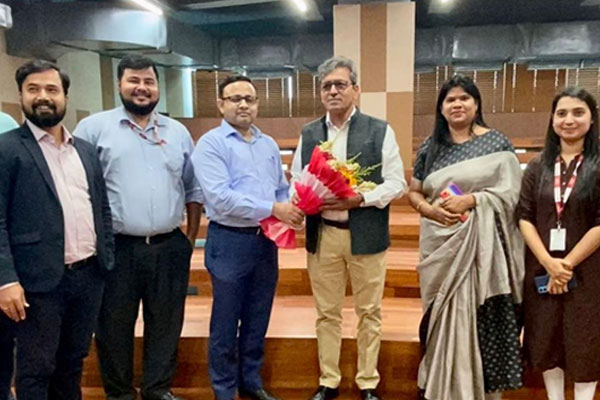 On the occasion, he interacted with startups, incubators, industry, academia and other stakeholders.

Startup Odisha ​is the state agency of MSME Odisha that stresses on development of startup ecosystem in the state. ​Since 2016,  ​Startup Odisha has been pivotal in nurturing innovation and entrepreneurship​ by recognizing more than 1200​ ​startups​, ​21 incubators, 75 entrepreneurship cells​ ​under its ​​initiative.

Dr Omkar Rai was previously appointed as Director General, STPI ​​under Ministry of Electronics & Information Technology, Government of India. ​Under his leadership, the IT/ITES/ESDM industry witnessed massive growth​in the country. He played a seminal role in dispersing the IT/ITeS industry to Tier-2/3 cities in India and revolutionizing the technology startup ecosystem in India.

He has been a protagonist of the software product nation and spearheaded the establishment of 20 Centres of ​Excellence (CoE) in emerging technologies.

Moreover, Dr. Rai has played a pivotal role in the formulation and rolling out of National Policy on Software Products​ (​​NPSP​)​ 2019 in close association with all stakeholders, including IT/ITeS Industry.​