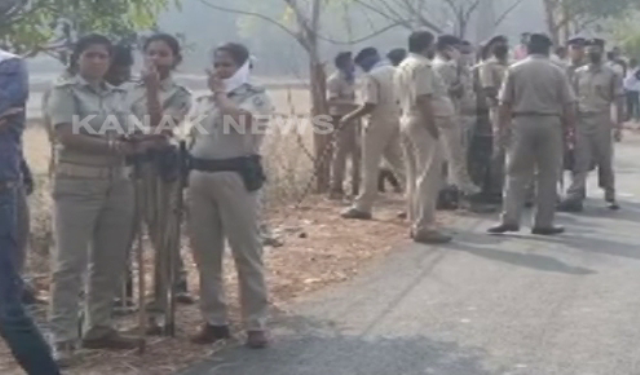 Cuttack: An on-duty  Constable was injured after a youth hurled bombs at police personnel at Dalabhaga village under Khuntuni police limits in Athagarh of Cuttack district today.

Reportedly, a scuffle ensued between a group of villagers and employees of OPTCL during laying of electric wires for power supply to a cement company in the locality. During the clash, a youth hurled bombs on police personnel deployed at the site and fled the spot. A Constable suffered injuries in the bomb attack.

Sources said the scuffle broke out after locals demanded compensation to allow electricity supply to the cement company. Laying of electricity wires was suspended after that. On receiving information, police officials, including Choudwar SDPO and IIC reached the spot to pacify the villagers.

Besides, two platoons of police force have been deployed in the area to avoid any unpleasant situation and  maintain law and order.

Only purchase of jewellery above Rs 2 lakh needs mandatory KYC