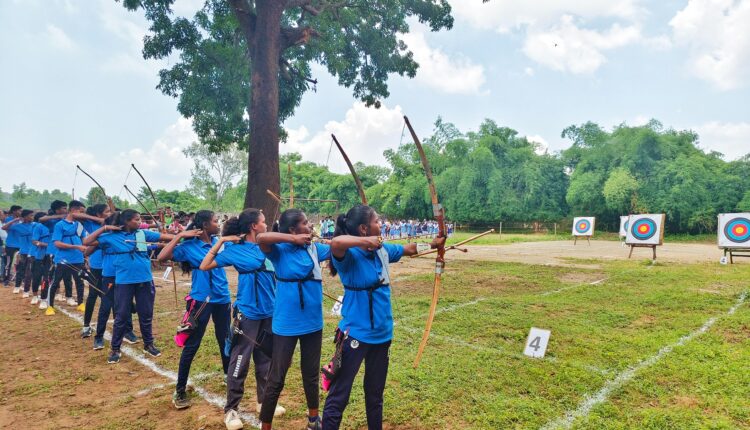 Bhubaneswar: On National Sports Day, Vedanta Aluminium, India’s largest producer of aluminium, pledged to strengthen grassroots sporting culture with the participation of young talents from local communities in and around its areas of operations. In pursuit of this aim, Vedanta Aluminium has been actively supporting several sports formats, events and training programs in Jharsuguda, Lanjigarh (Kalahandi district) and nearby areas. Sports being integral to holistic development of the youth, the company is providing youngsters from local communities with the required infrastructure and training to pursue their passion. Parallely, it is also building the ecosystem for increasing representation from rural communities in the national sporting arena.

Commemorating National Sports Day at Jharsuguda, a football skills & techniques demonstration was organized for youngsters in partnership with the Ardor Football Academy, an accredited academy of All India Football Federation (AIFF) for Odisha. Following this, three football matches were organized between the teams of Maa Samaleshwari Nagar, Baghiamal, Banjari and Kurebaga villages in Jharsuguda district. The winning team was Maa Samaleshwari Nagar, while the runner up team hailed from Kurebaga.

Recently, Vedanta Aluminium had also sponsored sporting gear for players participating in the ‘Mo School Hockey Tournament’, for which the company partnered with the District Hockey Association, District Administration, and the District Education Department of Jharsuguda. At Mendra village in Sundargarh district, the company has distributed volleyball and cricket kits to local kids. The company also facilitated a community volleyball tournament at Koraput, which saw participation of 16 teams from across the district, as well as a week-long football tournament at Laxmipur (also in Koraput district).

In Lanjigarh, karate and archery competitions were held with over 28 children and young adults participating in the event. Winner of the karate competition was Hitesh Kumar Mahakud, and those of the archery competition in 20-meter and 30-meter categories were Jhuli Munda and Simanchal Majhi. The winners were felicitated with medals by Saraswati Munda, Sarpanch – Lanjigarh. Presently, the company supports training of over 40 students in archery and 60 students in karate at the SSD High School, Lanjigarh. They receive regular training from full-time coaches and have won several recognitions at the state and national levels. Vedanta Aluminium has also launched a short film on Simanchal Kadraka, a national champion in archery hailing from Kalahandi. The film documents his journey from poverty-steeped beginnings to his wins at the national archery circuit, to becoming the local archery coach and preparing for Olympics. The short film can be viewed here: https://youtu.be/cM9iNX0z2RU

Sports is also an integral part of the life at Vedanta, and the company has created vibrant Sports Committees at each of its operations for employee engagement. At Lanjigarh, the Sports Committee kicked-off a week-long sports fiesta on National Sports Day, which will see employees & family members contest in various sports such as basketball, volleyball, throwball, marathon, walkathon and more.

Speaking about Vedanta Aluminium’s sports training initiatives for the youth, Sunil Gupta, CEO – Vedanta Ltd., Jharsuguda, said, “Sports is a wonderful way of inculcating in our budding youngsters the values of healthy competition, sportsmanship, teamwork, discipline and more. Odisha has a stellar record of producing some of India’s top hockey players and footballers. Enriching that legacy, we are striving to nurture a vibrant grassroots sporting culture to enable holistic development of the region’s youth.”

GG Pal, Dy. CEO – Alumina Business, Vedanta Limited, added “Our developmental initiatives in education, health & nutrition, skill development, sports and more, are tailored to the needs of the regions where we operate. On National Sports Day, we recommit to our mission of creating and supporting the next generation of archery and karate stars in the communities where we operate.”

Lauding Vedanta Lanjigarh’s efforts to promote sports amongst rural communities, Saraswati Munda, Sarpanch, Lanjigarh, said, “Vedanta Lanjigarh’s abundant support to aspiring archery and karate players within our community is allowing them to perform exceptionally in major events at the state and national levels. Such a burgeoning sporting culture locally will surely go on to increase the number of sportspersons from our community at national level.”