On Sardar Vallabhbhai Patel’s birth anniversary-eve, looking back at his eventful life 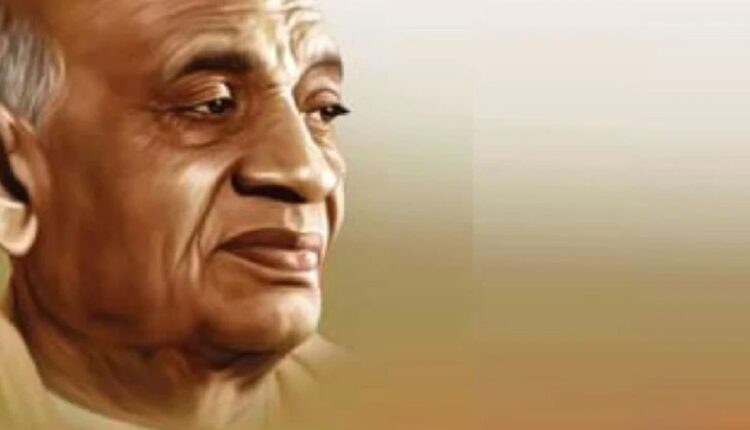 The ‘Iron Man of India’ is credited for shaping India administratively and was integral to building this nation after prolonged colonial pillage. On the occasion of his birth anniversary, here is a brief look at the Sardar’s life and milestones that became significant for the Indian nation that transitioned from a British colony to a sovereign republic.

Born on October 31, 1875, in Nadiad, in Kheda district of Gujarat, Vallabhbhai Patel grew up to become a lawyer before making a mark in his influential political career as a statesman to reckon with even today.

In September 1917, Patel made a speech in Borsad, calling Indians across the nation to sign Gandhi’s petition for Swaraj. Subsequently, he met Gandhi for the first time in Godhra, and upon his encouragement, Patel became the secretary of the Gujarat Sabha, a public body that evolved into the Gujarati arm of Indian National Congress (INC).

In 1920, he was elected president of Gujarat Pradesh Congress Committee, and he held this position till 1945.

Among Gandhi’s earliest political associates, Patel organised peasants from Kheda, and other places in Gujarat in the non-violent civil disobedience movement against the Raj, emerging as one of the most influential leaders in Gujarat region.

As Ahmedabad’s municipal president in 1922, 1924, and 1927, Patel oversaw improvements in infrastructure which included increased supply of electricity and better drainage and sanitation systems throughout the city.

The school education system in particular underwent major reforms — he enforced the recognition and payment of teachers employed in schools established by Indian nationalists. He also addressed on the sensitive Hindu-Muslim matters that prevailed.

In 1927, Patel personally led relief efforts in the aftermath of the torrential rains that caused massive floods in Ahmedabad and in Kheda district, bringing major destruction of life and property.

He went on to establish refugee centres across the district, mobilised volunteers, and arranged for supplies of essentials as well as of emergency funds.

In 1923, when Gandhi was imprisoned, Patel led the satyagraha in Nagpur, against a law that banned the raising of the Indian flag. He organised thousands of volunteers from across the country to participate in the processions of people violating the law.

Patel then negotiated a settlement obtaining the release of all prisoners and allowing nationalists to hoist the flag in public.

In April 1928, Patel came back to the struggle for Independence from his municipal duties in Ahmedabad after Bardoli was faced with a famine and a sharp hike in tax.

Patel eventually initiated the struggle with a complete denial of taxes.

In 1931, under the chairmanship of Sardar Patel, Fundamental Rights and Economic Policy resolution was passed by the Congress.

Also, in 1931, after signing the Gandhi-Irwin Pact, Patel was elected president of Congress in its Karachi session, which saw the ratification of the pact and committed itself to the defence of fundamental rights and civil liberties.

It also advocated the establishment of a secular nation with a minimum wage, in addition to abolition of untouchability and serfdom.

In 1932, after the debacle of the Round Table Conference in London, Gandhi and Patel were arrested in January when the struggle re-opened.

They were imprisoned in the Yeravda Central Jail. During this time, Patel and Gandhi developed a close bond of trust, and frankness.

With regard to the adoption of socialism, Patel clashed with Nehru.

In 1938, Patel organised opposition to the attempts of then-Congress president Subhas Chandra Bose to shift from Gandhi’s principles of non-violent resistance.

While Patel clashed with Bose too, he led senior Congress leaders in a protest that resulted in Bose’s resignation.

In 1940, he participated in Gandhi’s call for individual disobedience and was arrested and imprisoned for nine months. He was also in opposition of the Cripps’ Mission of 1942, which sought to extract Indian cooperation in World War II.

As a senior leader of INC, he was at the forefront of the national struggle for Independence, and most instrumental in the integration of the Indian Union.

Counted as a conservative member of the Congress, he was respectfully called ‘Sardar’ in India and elsewhere, addressing him as chief.

Historians are of the opinion that Patel’s speech was instrumental in bringing out nationalists from their scepticism about the rebellion.

He was arrested again on August 9 and imprisoned along with the entire Congress Working Committee from 1942 to 1945 at the fort in Ahmednagar.

The League resolved in 1940 to demand Pakistan — a separate state for Muslims. The Congress formed governments everywhere except Sindh, Punjab, and Bengal, where it formed coalitions with other parties.

Patel was in favour of the Partition of India as a solution to the rising Muslim separatist movement led by Muhammad Ali Jinnah.

In a sovereign, Independent India, he served in the dual capacity of the Union’s first Home Minister (from 1947 to 1950) as well as the first Deputy Prime Minister.

His stint as the Home Minister is significant in the wake of Indo-Pak war of 1947 which also saw the political integration of India.

He organised relief efforts for Partition refugees that arrived in Delhi and Punjab from Pakistan, and initiated measures to restore peace.

Surging ahead to forge a united India, he integrated numerous colonial provinces that held the status of ‘Dominion of India’.

In addition to these, about 565 self-governing princely states were released from British suzerainty under the Indian Independence Act of 1947.

With Patel’s persuasion, nearly every princely state acceded to India.

Integration of some states asked for a strong hand, and so stood the ‘Iron Man of India’ in unflinching determination to unify this country.

Patel is also remembered as the “patron saint of India’s civil servants” for having established the All India Services system — the bureaucracy that is the “steel frame” of India.

In his memory, the Narendra Modi-led BJP government erected the 182 metres (597 ft) Statue of Unity in 2018. This is the world’s highest statue that went up at a cost of $420 million.

Instagram fame costs univ teacher in Kolkata her job, but netizens stand by her