One dead, another critical as autorickshaw collides with car in Odisha 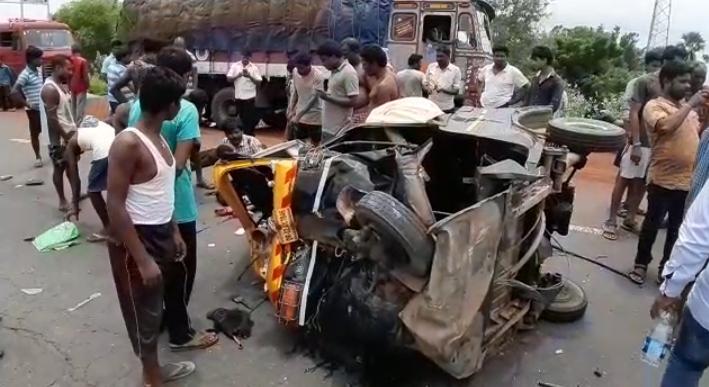 Bhadrak: In a tragic accident, a head-on collision between a car and an autorickshaw resulted in the death of one and injured three others in front of Aakhuapada Haraparbati temple on NH-16 under Bhandaripokhari block, here today.

The deceased has been identified as the driver of the autorickshaw, Maaguni Das, a resident of Haripur in Jajpur district.

According to reports, the autorickshaw was headed towards Bhadrak from Kuakhia when it crashed into a Hyundai car travelling from Bhadrak to Cuttack. The road mishap disrupted traffic on the route. Bhandaripokhari police officials reached the spot and dispersed the crowd

While, the commuter in the autorickshaw has been critically injured, two passengers in the car have also been wounded. They were rushed to Bhandaripokhari Community Health Centre for treatment.